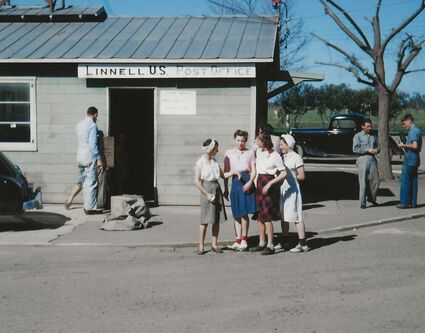 It's no secret that agriculture is king in Tulare County. It always has been. Rich soil, favorable climate, plenty of water, good farming practices, and hard-working laborers all have combined to make the county an amazing success story. So much so that Tulare County, and really all of California's Great Central Valley, has earned the well-deserved title "breadbasket of the world."

With vast acres of farmland under production, having an adequate number of farm laborers to work the soil has always been a challenge. Farmers have historically relied on migrant workers to supplement the local workforce. In the late 1800s and early 1900s, for example, Chinese and Japanese workers came to Tulare County, and many other labor groups followed.

In 1929 and for a number of years thereafter, the United States went through a significant economic collapse - a period that became known as the Great Depression. Many workers lost their jobs and many farmers went bust. The midwestern and southern state farmers were especially hard hit, made worse by a long period of drought.

Many of these families packed their belongings and headed west to California and Tulare County hoping to continue to use their skills to work the land. These dustbowl immigrants came from all over the country, but states like Oklahoma, Missouri, Arkansas and Texas contributed the most. Collectively, the new arrivals were called "Okies."

Fiercely proud, they struggled to settle in this new land. The lucky ones lived with friends or relatives until they could get on their feet. The less fortunate just found an open space along a highway or ditch bank to pitch a tent.

Living conditions were obviously primitive. Poor sanitation became a serious concern and the fear of disease was on everyone's mind. Health officials would "clean out these squatters' camps and drive the people on, but almost as soon as one lot goes, another moves in."

Adequate housing for the migrant workers became a priority, and thanks to President Franklin D. Roosevelt and his "New Deal," help was on the way. His plan included a large package of programs designed to address many of the problems, including migrant housing. The federal government searched and they found a large parcel in Tulare County about five miles east of Visalia. The land at one time had belonged to the Linnell family. 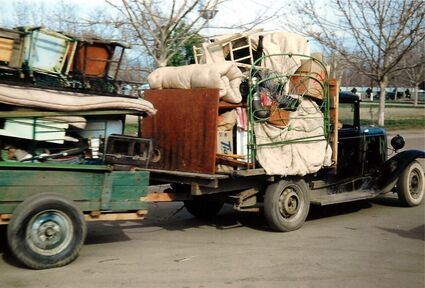 Construction for the housing facility began in about July 1938, and on December 16th, R. S. Hardie, the Farm Security Administration camp manager, announced the official opening of the Migratory Farm Labor Camp, sometimes referred to as the Visalia Migratory Farm Labor Camp. To qualify to live there, the principal family wage earner had to be an agricultural worker. In the years that followed, the facility would go through several name changes, many that included the name Linnell.

The camp was laid out in a hexagonal pattern complete with streets. A variety of dwellings were built, including one-room metal buildings, trailer houses, garden homes and apartments. Concrete tent pads were also poured. The metal buildings measured about 12' x 16' and initially had no electricity or running water.

The camp resembled a small city. It had its own water and sewer system, shower and laundry facilities, community hall and council, health center, branch of the Tulare County Public Library, U.S. Post Office and a newspaper called The Hub.

Even though living conditions there were basic, the facility was a godsend to many. Eventually, the management of the labor camp was turned over to the Housing Authority of Tulare County.

Linnell Camp remains today and continues to be a welcoming place for many.

Yes my parents were from Oklahoma. They had 6 little girls. We lived in the tin cabins and did field work. The big bath and shower house was God send. As we got older and could work harder we were able to move to the apartments. All us kids had one bedroom and my parents the other. Good memories from those days. Best friend was Leola Lewallen and Marlis Wilson.