When Cattle Were Put on a Short Leash 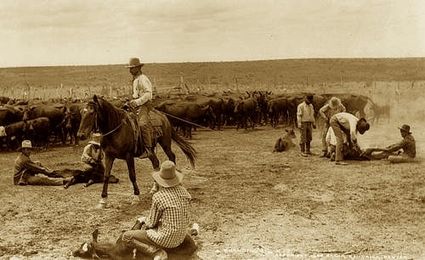 Before 1874 in California, cattle could roam free on the open range unmolested, except of course when they needed to be branded.

It was inevitable...the two sides were going to clash! The cattlemen were first to come to the Tulare Valley, now called the San Joaquin, and were very pleased with the abundant grass and water that nourished their herds. They especially liked the vast open range land that gave their cattle plenty of space to roam. So it wasn't surprising that cattle operations became big business.

In 1857, the Mariposa Gazette took note of this, reporting, "The raising and fattening of cattle is the great business of the valley." And it didn't take long for crop farmers to join the stockmen. The sandlappers, a derogatory term for these toilers of the soil, also liked what they saw, especially when the government was offering homesteaders such sweet deals on large acres of land.

But the farmers soon discovered a problem. True, there was plenty of water flowing from the Sierra, but the precious liquid wasn't always where their crops were, so they dug ditches and canals to move it to where it was needed. As a result, the open range land was undergoing significant change. The cattlemen watched anxiously and with great suspicion.

It didn't take long for the differences between the farmers and cattle owners to surface. On more than one occasion, tensions developed when homesteaders discovered damage or even devastation to their fields when their crops became "pasturage" for marauding herds.

Farmers considered fencing their crops, but the cost was more than their budgets could handle. Suing the cattlemen for damages was an option, but the wealthy bovine owners, according to the homesteaders, could afford the "very best legal talent" and the farmers with fewer financial resources couldn't compete.

By the early 1870s, a remedy to the problem was making its way through the state legislature and it involved fencing. The farmers argued they should not have to build fences as their crops were not injuring the neighboring land. According to them, the cattle were the problem. The argument seemed to work as the proposed draft legislation was forcing cattle owners to fence in their livestock. Clearly this did not make the stockmen happy.

In 1873, California State Senator Thomas Fowler, who represented Kern, Fresno and Tulare Counties, was strongly opposed to the pending legislation, which was no surprise as he was one of the largest cattle barons in the valley with a herd estimated to number 200,000 head.

Fowler was defeated in his re-election bid by Tipton Lindsey, a Visalia man with large land holdings. Lindsey too at one time had owned a substantial number of cattle, but had given the business up for crop farming. 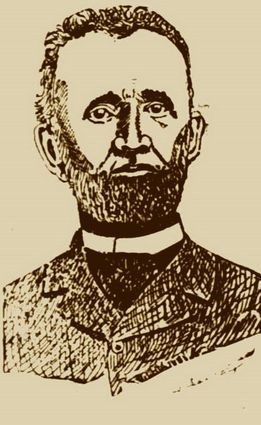 Tipton Lindsey who supported the "no fence" law is shown here in a line drawing that appeared in the Visalia Weekly Delta on March 8, 1894.

The "fencing" or "no fencing" issue continued to be a contentious one throughout the valley. In 1874, newly elected Senator Lindsey introduced the legislation that the stockmen feared, and it passed.

Even though the legislation restricting the grazing became law, there was no effective enforcement mechanism in place. So trespassing animals continued to be a problem and the war between the two sides continued. In 1878, one incident seemed to highlight the problem when about 70 trespassing cattle were shot and killed near the Tule River. The shooters were never identified.

The mass killing helped motivate cattlemen to confine their herds, but many relocated their animals to areas in what are now Arizona, Nevada and New Mexico.

The "no fence" law, as it became known, did not end cattle ranching in the valley, but stock raising today requires herds be confined behind fences.