The Garden of Eden Had Its Critics 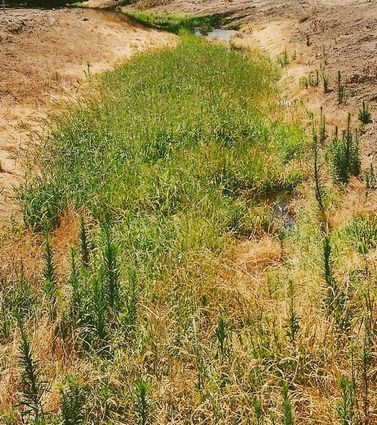 Mill Creek in the summertime.

There's no question about it, the beautiful land that became Visalia was a travel agent's dream. Situated in a huge oak forest with meandering streams, native grasses and wild flowers, and abundant fish and game, all of it set against the backdrop of the picturesque Sierra Nevada, made it a lovely place. So it's not surprising that settlers came and called it home.

But soon after settlement, critics of this "Garden of Eden" began to emerge. The complaining focused on a number of concerns, some were natural, some were manmade. First on the list was the summer heat. It was treacherous and it didn't help that large numbers of shade-rich oak trees had been cleared for farming and construction. Soon occupants of the land discovered the seashore and mountains as a way to temporarily escape the high temperatures.

Then there was the massive amount of runoff that raced down the mountains and flooded the valley floor. So much of the land became like a swamp. At least part of the solution was building a series of irrigation ditches to control the water.

Another complaint was that the area had an unhealthy climate. With the summer heat coupled with the abundance of water and mosquitoes, conditions were right for tropic-like diseases. Visalia mosquitoes were not like any other, and these legendary pests became frequent topics of conversation. They were large and early residents swore they were "equipped with a drill." Mill Creek offered these pesky critters a good home, and in 1878, the Tulare Times newspaper quipped, "Mosquitoes are holding nightly concerts to crowded houses along Mill Creek. They are so numerous that the sun's rays never seem to reach earth."

Of course, with mosquitoes came the danger of malaria or worse. In 1882, the Tulare Times newspaper reluctantly reported, "There is no use denying the fact that Visalia is not as healthy a place for a summer residence as could be desired. There is malaria here, and considerable of it at that." Quinine was an effective treatment for malaria and because of its heavy use, our area was sometimes called the "quinine belt." 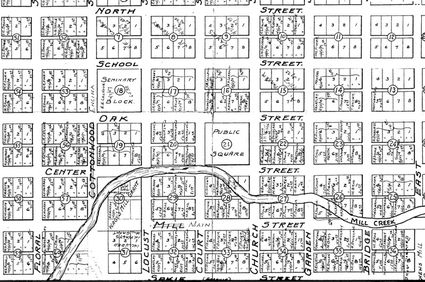 But the newspaper laid much of the responsibility for Visalia's problems on the locals themselves. The Times reported, "Nature has with a lavish hand showed her choicest gifts upon the careless inhabitants of the garden spot of the great Tulare Valley." The paper blamed laziness and sloppiness for many of the town's problems and pointed out that Visalia had "plenty of water, plenty of weeds, plenty of everything except a little well-directed work."

But of all of the complaints, there was probably no bigger one than the odor problem connected to Mill Creek. When it was flowing, it was fine. But when water stopped and stagnant puddles formed, the smell was unforgiving. Garbage and decaying animal carcasses in the creek would cause people to literally hold their noses. It would stay that way until a rush of freshwater would clean out the channel.

For over 164 years, Visalia has faced natural and manmade challenges. But through it all, the town has survived and thrived, and is still considered a garden spot in the San Joaquin Valley.