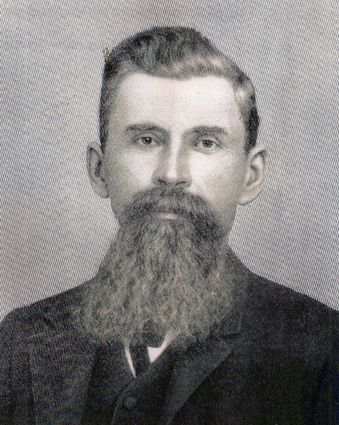 The settlers of Mussel Slough had worked hard to make their farmland some of the best in Tulare County. They dug miles of irrigation ditches and built homes, barns and roads, turning arid ground into productive farmland. By any measure they should have been rewarded for their hard work, but one day in May, 1880 reward turned to pain as farmers died in a deadly shootout on ground they loved. How did this productive agricultural land become a killing field?

In the 1870s the Southern Pacific Railroad owned substantial real estate in the Mussel Slough District near Grangeville, in what is now Kings County. They invited farmers to settle on the land. To those accepting the offer, according to some, the railroad promised to eventually allow them to buy the land they occupied for about $2.50 an acre. In anticipation of owning their own land, these farmers moved onto it.

By the late 1870s the railroad decided to sell the land, and offered the settlers first option at $25.00 an acre. The farmers were outraged. That was 10 times more than the settlers expected to pay. The farmers had a choice. They could either buy the land at this inflated price or abandon the property, leaving behind what they had built. To stand up to the railroad, the farmers organized the "Settlers Land League."

On May 7, 1880, a committee of League members, made up of T. J. McQuiddy, James N. Patterson, and J. J. Doyle, published an "Appeal to the Public" in the Visalia Weekly Delta. In it they laid out the League's case against the railroad and called for a federal investigation. Without it, the League predicted there could be bloodshed.

On the morning of May 11, 1880, Deputy U. S. Marshal Alonzo W. Poole and railroad land grader William Clark left Hanford in a buggy armed with weapons and eviction papers. Their first stop was the farm of William Braden. He wasn't home, so they went on to Henry Brewer's place. Along the way, they met Walter Crow and Miles Hartt, supposedly the new owner's of Braden and Brewer's land.

The armed foursome arrived at the Brewer homestead located about 3 ½ miles north of Grangeville. At the same time the League was meeting in Hanford. As Marshal Poole was serving Brewer his eviction papers, a dozen or so armed League men rode up to confront the marshal.

The mood was tense and the exact details of what happened next are unclear. But words turned to gunfire and when the shooting stopped, bullet-ridden bodies were everywhere. A Tulare County coroner's inquest was held on June 1st and gave the official tally of the carnage that day. The shooting lasted just a few minutes but seven men were killed and one wounded. Five of those killed were League members Iver Knutsen, J. M. Harris, A. McGregor, Daniel L. Kelly and J. E. Henderson. Crow and Hartt were also killed.

But there was even more fallout from the incident. Authorities arrested five League officials, including Patterson, and charged them obstructing Marshal Poole's eviction process. All were convicted, fined and sentenced to eight months in the Santa Clara County Jail in San Jose.

Whether the blame for the shootout lies with the settlers or the railroad is open to debate, but everyone agrees the deadly incident at Mussel Slough was tragic.