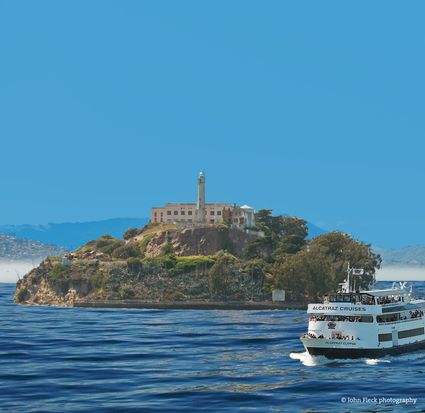 The only way to visit Alcatraz Island is via a short ferry ride from Pier 33 in San Francisco. Comfortable shoes and a windbreaker are warranted any time of year. Alcatraz Cruises is contracted with the National Park Service as the only service to and from the island.

There are many small islands off the coast of California, but perhaps the most famous one and another close by lie in the waters of the San Francisco Bay.

Alcatraz Island, fondly known as "The Rock," has been glamourized by Hollywood, making it well known around the world as the unescapable prison. However, no less rich in history is its neighbor, Angel Island, referred to as Ellis Island of the West, and visiting both makes for a great day outing.

"There is a lot of history on both islands," said Denise Rasmussen, director sales & marketing for Alcatraz Cruises. "The physical beauty and views of the Bay from Angel Island are unmatched."

The earliest inhabitants on Angel Island were Native Americans from the Coastal Miwok. Off and on cattle have been ranched there. From 1910 to 1940, Angel Island served as an immigration station to hundreds of thousands of immigrants, mostly from China, but other areas of the orient as well. For 100 years, from the Civil War through World War II, it also served as camp for the military and into the 1950's-60's it was last used as a Nike missile base.

Angel Island is now a part of the California Park Service.

Alcatraz Island has more history than its years as a prison. The island received its name in 1775, when a Spanish surveyor, Juan de Ayala, named it after all of the pelicans roosting there. It is home to the first lighthouse on the West Coast, originally built in 1854. It had to be rebuilt following the 1906 earthquake. The tall cement tower of the lighthouse is now part of the museum on the island.

Alcatraz also served the military and the first prison there was a military prison starting during the Civil War. Following the earthquake, civilian prisoners were moved there increasing its use by hundreds. The military installation was purchased by the Department of Justice in the 1930's and became a federal penitentiary.

During its 39 years of use, Alcatraz housed some of the most notorious criminals of the day. It was closed in the 1960's, as it cost more than three times as much to contain a prisoner on the island than in other locations.

Alcatraz is now a part of the National Park Service. It serves as a bird refuge and is host to much wildlife in its tide pool areas.

The boats are comfortable and offer easy access to the disabled, Rasmussen said. Both Alcatraz and Angel Island have a lot of hilly walking, but there is a Sustainable Easy Access Tram service from the dock to the prison building on Alcatraz. And there is a tour tram around Angel Island.

Tours to both islands tend to sell out early during summer months. It is best to reserve early.

"The night tours of Alcatraz Island, and combined tours of both islands, are usually booked first," Rasmussen said.

Allow a minimum of 2 ½ hours to visit Alcatraz alone and 5 ½ hours to visit both islands. All fees are inclusive of the boat ride, island fees and tram tour. Senior and group discounts for more than eight people are available.

Rasmussen advises there is more to see than simply the structures of the buildings on both islands. 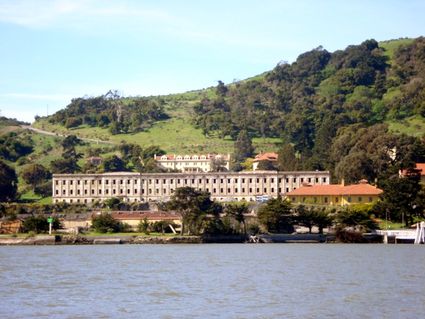 Combined tours of the lesser-known, Angel Island with neighboring Alcatraz are offered by Alcatraz Cruises. There are other tour companies that offer trips to Angel Island on its own.

"There are beautiful gardens," she said, "and beautiful views."

Temperatures can change suddenly in the Bay, so dressing in layers is recommended. The best time of year to visit is late summer or spring, she said. While Alcatraz tours are year-round, Angel Island tours are seasonal.

Tickets should be purchased directly from Alcatraz Cruises, unless visiting Angel Island only, in which case there are other options. Rasmussen advised that for the best pricing, visit the Alcatraz Cruises website or call directly. Other companies may offer the same tickets, but they will add on a fee.