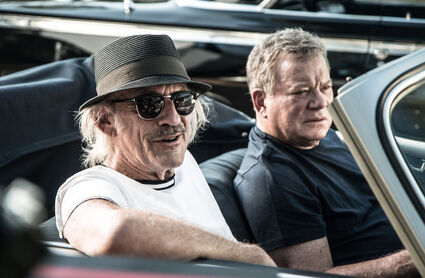 Victor Martin (William Shatner) is a retired NASA test pilot often seen speeding around Palm Springs in his vintage Porsche convertible with his best friend Sal (Christopher Lloyd). His life changes when his license is revoked for drag racing and his car impounded in the new romantic comedy "Senior Moment."

Forced to take public transportation for the first time, Victor meets his polar opposite, Caroline (Jean Smart), and learns to navigate love and life again as he battles a new district attorney to get back his license and car.

"'Senior Moment' is a romantic comedy that will please many generations of viewers," said Director Giorgio Serafani. "It brings together two iconic actors in the splendid setting of Palm Springs.

"What attracted me to 'Senior Moment' was the possibility to make a film that will resist the test of time," he continued. "A film that has the potential to become a cult Valentine's Day re-run. It's classic and modern, it's classy and funny. Just like the movies 'Something's Gotta Give,' 'It's Complicated' and 'When Harry Met Sally.' 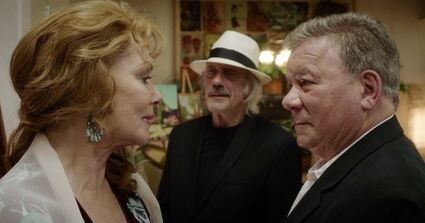 A tender moment between Jean Smart and William Shatner in "Senior Moment."

"'Senior Moment' is a love story with a message," added Serafani. "It is an unpretentious reflection on growing older. With the only goal to make the audience laugh and cry, it is my goal to bring to screen a film that has all the right elements to become a commercial success, led by a cast that everyone loves, from millennials to a mature audience."

"The central theme of this movie is you're never too old to fall in love," said Producer Gina Goff. "ln addition to the large audience for our movie, we have a built-in audience of 50-plus viewers who represent 34% of the United States population and are underserved by our industry."

William Shatner, best known for "Star Trek" and "The Practice," stars in "Senior Moment." Jean Smart, his romantic interest in the movie, has appeared in movies such as "Watchmen" and "Garden State." Christopher Lloyd, who starred in the "Back to the Future" movies, as well as on the television show "Taxi," is also featured in the movie.

"Senior Moment" is now showing on Amazon's Prime Video and on Apple TV.