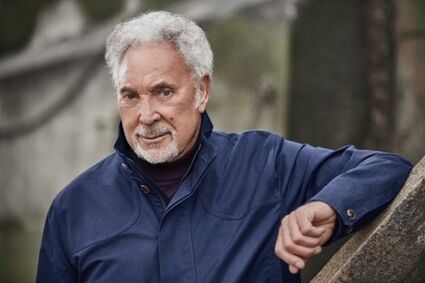 With the release of his newest record, "Surrounded by Time," Sir Tom Jones has become the oldest man to top the UK album chart.

The 80-year-old singer broke the record set last year by Bob Dylan, who was a mere 79 when his "Rough and Rowdy Ways" topped the chart. (Jones' new album includes his version of Dylan's song "One More Cup of Coffee.")

"It's wonderful that the public has allowed me to be musically expressive at my time of life and have shown their support," he said in an interview. "I am forever grateful."

The new release is Jones' fourth number one album and first since 1999.

For the "record" (sorry), the oldest person to top the British album chart was 92-year-old Dame Vera Lynn with her 2009 greatest hits collection.