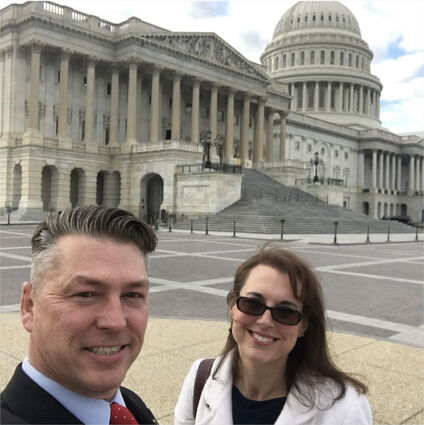 Colonel Bryan Denny (Ret.) and Kathy Waters, co-founders of Advocating Against Romance Scammers in Washington, DC, to educate government officials about the problem of romance scams.

Kathy Waters, executive director and co-founder of Advocating Against Romance Scammers, advises people not to befriend someone online unless you know them.

"Unfortunately, there are too many scammers looking for people who are vulnerable, lonely, widowed, divorced, maybe who have lost children – anything that puts them in a spot," Waters said. "Sometimes it can be a new loss or it can be over years. (Scammers) do a lot of research."

Waters said that seniors are especially vulnerable to these scams.

Scammers will set up fake accounts and join online groups, such as people who have lost loved ones, or religious groups for people looking for spiritual healing, according to Waters.

"I would not keep my profile public," she said. "Always keep your profile private."

Scammers will use anything in your profile that they can build a story on – your kids, grandkids, marriage, divorce, lost loved one, etc. – and work their way into your life, she explained.

"They will hunt you down," she added.

"They don't have time to mess around," she said. "If they feel people aren't worth their time, they'll just move on."

Unfortunately, scammers reach out to a lot of people online.

"They try to friend as many people as they can because a percentage will fall for it," said Waters. "They shoot out friend requests by the hundreds of thousands."

Scammers will even build fake websites.

"They'll do anything to make their victims believe they are who they say they are," said Waters.

Scammers often target those who serve in the military, stealing their photos and identity.

One such victim was Colonel Bryan Denny (Ret.), whose identity and photos were used online to scam unsuspecting women, including someone close to Waters.

"My mom's friend was a victim," said Waters. "She was not dumb or uneducated."

The woman showed Waters a photo supposedly of a man she met online. He called himself Ross Newton, but the photo was of Col. Denny.

Waters approached Denny and they started working to spread awareness about the dangers of online romance scams. They formed Advocating Against Romance Scammers (AARS), and through the organization have educated internet users, congressional departments and other government agencies such as the Federal Trade Commission, the Pentagon and the Federal Bureau of Investigation about the dangers and consequences of romance fraud.

Waters and Denny published reports on online safety that led to meetings with those involved with policy, technology and security at Facebook.

Even after all their efforts, Denny is still a victim of scammers.

"He retired about six years ago but he's contacted nearly every day from victims," said Waters. "His wife is contacted also."

One Czech woman told Denny's wife that her husband said he wanted a divorce because she (his wife) was spending all his money.

Waters also warned about "celebrity scams," where somebody will pretend to be a celebrity approaching a fan on their website. The scammer will then build a relationship with the fan, eventually trying to convince the loyal fan that their money is locked up or they can't access their money because they are out of the country.

Despite the recent problems in the cryptocurrency market, scammers still use crypto a lot, according to Waters, "because you can't trace where it came from." 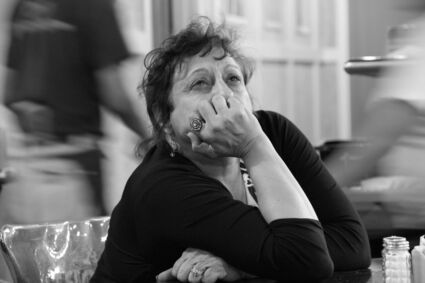 Scammers target those who are vulnerable, adding heartache and financial loss to their other problems.

The AARS website warns against a scam called "pig butchering," where a victim is befriended online and "fattened up" with words and promises. After gaining the victim's trust, the scammer is asked to make an investment, such as in cryptocurrency from a fake company.

The result is that the scammer "slaughters" the victim's emotions and bank account.

Waters advises people looking for a relationship to find in-person dating groups instead.

For more information about Advocating Against Romance Scammers, visit https://advocatingforu.com.