Pack and Paskoff Release Over Sixty: Book of Lists 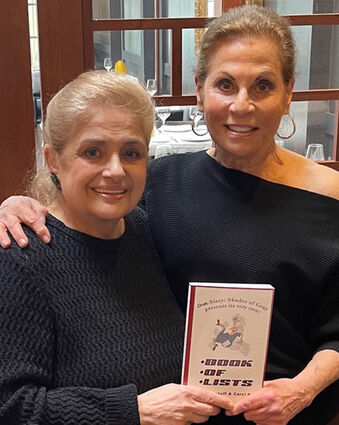 Their new book "just came about because of our impatience," according to Pack.

"I feel as I'm getting older that I get more impatient," she said. "Just cut to the bottom line. I don't want to wade through the author's philosphical reasons. I just want the facts."

"You would think that at my age, I'd be more patient, but there's too much minutia," she said.

Both Pack and Paskoff make lists to stay organized.

"I have lists all over the place," said Pack. "If I don't make lists, I don't remember to do it."

Paskoff also makes lists, including "what I have to do and what I should do. Sometimes, I forget where I put the lists."

Book of Lists includes humor, but less than in their previous books.

"We tried to just get down to the lists," said Pack. "But there were places for a few asides in the lists."

The result is a book that provides valuable information, but in a light-hearted way.

For example, in a section called "Remember Etiquette?," the authors lament how much things have changed since Emily Post's book on etiquette by showing the difference between then and now:

Then: Dressing up to go on a plane.

Then: Soothe a male ego no matter what.

Then: No white after Labor Day.

Now: What if you're the bride?

"Our Coronavirus Diary was more than a pamphlet, but it was meant to be somethink light," she said. "You could send it like a greeting card to someone."

Paskoff put aside all other projects to work on Book of Lists.

"I had fun with this and I didn't want to lose concentration," she ex-plained. "I learned a lot and I was excited about writing everyday." 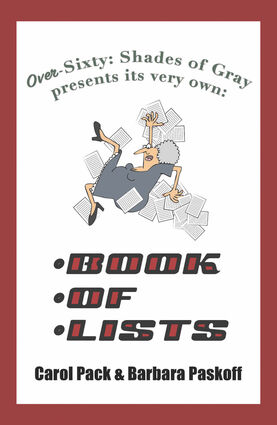 Book of Lists is available on Amazon.

"I was excited also, but I was also working on a novel," said Pack.

So, what's next for the authors?

Actually, her current plan is to write her memoirs.

"It's basically for me – just to review my life," she said. "What I was, how I adjusted and where I'll be in the future.

"We all have had ups and downs. I want to reflect on what I've learned – and if I've learned."

"I totally avoid all that and just write fiction, rather than figuring out what to say about the people in my life," said Pack, who is currently working on an international thriller. "It seems so much easier."