New 'Oldies' Station Back on Schedule 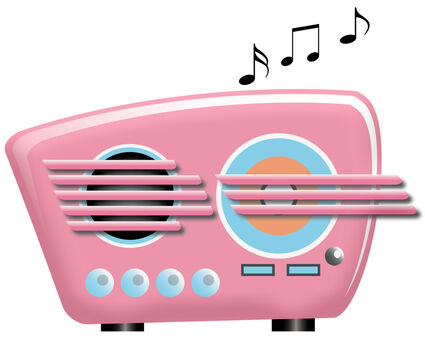 In the July 2020 issue of The Good Life, we reported that, "South Valley fans of singers such as Frank Sinatra, Dean Martin and Elvis Presley will soon have a 'new' station to turn to on their radios."

This month, Fritz Ashauer, the owner of the station, KZKC 89.9FM in Kettleman City, finally plans to move his 10-kilowatt transmitter "100 yards up the hill in Avenal." Moving the transmitter will allow his station to broadcast to "Fresno, Visalia, Bakersfield and all those little towns in between."

Ashauer expects the station to start broadcasting by the end of the year.

The station, which was known as K-Wave, used to feature Biblical teaching programs and religious music. The station will now be known as "Kings Radio" and play the most popular hits from the 1930s through the 1960s.

The new Kings Radio will have the same format as the old Kings Radio that was at 103.3FM until February 2020, when issues with the FCC forced its owner to close the station down.

"I'm not going to do anything different," he said about the format.

Ashauer owns 18 radio stations, most of them in Wyoming. Five of them are "actual stations" with call letters. The others are "translators," stations that extend the reach of the five stations across the states of Wyoming, Idaho, Montana and Utah.

The pandemic was among the reasons for the delay in getting KZKC 89.9FM on the air, but not the main reason.

"I fell and broke three ribs and punctured a lung," the 86-year-old entrepeneur explained. "Everything got pushed back but now I'm okay."

Ashauer, who was born in Visalia, described himself as self-taught.

Ashauer has been in the music business for more than 60 years. He owned a music store where he recorded albums for local bands in Santa Barbara, and he later did contract engineering work for 15 stations in Utah.

He received his first broadcasting license from the Federal Communications Commission (FCC) in the 1960s.

He plans to operate Kings Radio the same way he runs his other stations – without a studio.

"I can run all my stations on my laptop," he said, noting that he has a large library of music on his computer and can insert commercials as needed.

"I'm an engineer," he said. "I know how to do all of this. I computerized a lot of stations."