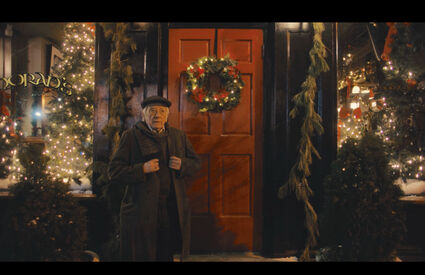 "Ball and Vase" stars Austin Pendleton as Ed, a 92-year-old former magician who now leads a simple and rather lonely life. In the photo at right, Ed is talking to his wife, played by Diane J. Findlay.

"I've been wanting to tell this story ever since my grandfather passed away," explained David Baram, the writer and director of "Ball and Vase." "Like Ed in this film, my grandfather, a sometimes magician, immigrated to Paterson, New Jersey, worked in the mills and did his best to provide for those he loved.

"He was as much a father as a grandfather to me," he continued. "But I took for granted that he would be around forever. Life got in the way of visits, phone calls and letters... until it was too late."

Ed, the character partly inspired by Baram's grandfather, is a 92-year-old former magician. The film tells the story of two days in what has become his simple and rather lonely life.

"Like anything I write, there is a group of influences," he said. "My grandfather definitely was one of them. He was a relatively quiet and humble guy, but in his own way was the strength of our extended family."

"Ball and Vase" was named after the classic illusion where a ball vanishes and then magically reappears. In the movie, it plays a symbolic role when Ed decides to "reappear" at one of the places he used to frequent.

Baram described "Ball and Vase" as "a very small story, but one that organically touches upon the universal themes of aging, loss and abandonment that we are all sometimes hesitant to face head on.

"Whenever I spend time in adult care facilities, it's always struck me how many folks receive no visitors," he said. "They lack any family relationships. A lot of them may have families that for whatever reason don't visit them for years.

"We get so busy and absorbed in our own challenges and difficult lives that it becomes easy to forget they were important in our lives," said Baram.

"In our culture, the elderly, especially those without means, are often marginalized," he added. "A significant percentage of Americans over 80 live in nursing homes, alone and often forgotten.

"It is so easy for many of us to forget that they still share the same longings for connection, love, curiosity for life, desires for growth as any young adult, but the opportunities afforded the younger are often nonexistent for the elderly.

Baram said that "a very well-known actor in his 80s expressed a strong desire to play Ed, but only if the part could be rewritten as 70 years old." Apparently, playing his real age would only further reinforce the perception he was now too old for the industry to which he devoted over 60 years.

Austin Pendleton, whose movie credits include "What's Up Doc?," "My Cousin Vinny," "Catch-22" and "Guarding Tess," stars as Ed in the film.

Baram wanted Pendleton to play Ed after seeing him in "Starring Austin Pendelton," a short film billed as a documentary film about "the most famous actor you've never heard of." Philip Seymour Hoffman, Meryl Streep, Natalie Portman, Olympia Dukakis, Maggie Gyllenhaal and Ethan Hawke are also featured in the film.

Baram was very happy with Pendeton's performace in "Ball and Vase."

"He brought so much more than I expected to the film," said Baram, who expected to use a hand double for Pendelton for the card tricks but was surprised at the actor's talent for magic.

And Baram knows a lot about magic. He is a magician whose recent show is based on accounts about a high society woman in who hosted parlor magic shows in 1895.

Also, he was best man at the wedding of magician and illusionist Criss Angel, a Las Vegas headliner who has starred in several television specials.

"Ball and Vase" is "Oscar-qualified," and has already been screened for Academy Award voters in Los Angeles and New York, according to Baram, who noted that his film is less than 40 minutes long, which qualifies it in the Academy' Best Short Film category.

The process of qualifying as a short film was difficult for Baram.

"I really wanted the viewer to spend longer moments with Ed and feel the emotional state that he was going through," said Baram. 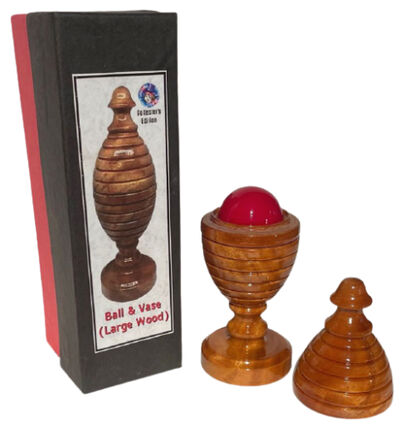 Baram was interviewed for an article in the January-February 2022 issue of The Good Life about his previous film, "One All the Way," a documentary about seniors who frequently make "hot dog crawls" in the Paterson, New Jersey area. They have hot dogs at various restaurants where they discuss their meals and share memories about the good old days. One of the main hot dog connoisseurs in the film is his father, Harry Baram.

David Baram's goal for 2023 is to produce a feature film. That could be a movie about a father and son relationship that takes place in the late 1970s and early 1980s. Or it could be a film about two brothers and a ranch.

He also wants to write another role for Austin Pendleton, as well as for his "Ball and Vase" costar, Diane J. Findlay.

For more information about "Ball and Vase," visit http://www.ballandvasemovie.com.