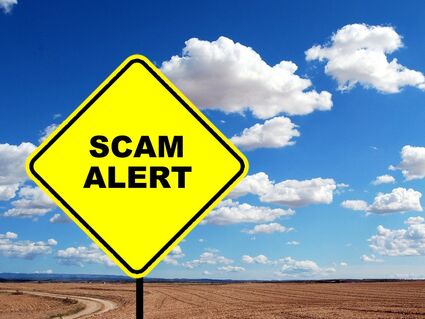 The COVID-19 pandemic saw a rise in reports of scammers pretending to be from government agencies. While reports slowed since peaking in early 2021, victims lost more than twice as much money, according to new research by Better Business Bureau (BBB).

In 2021, consumers reported losses of more than $445 million in government impostor and government grant scams, up from $175.4 million reported in 2020.

In government impostor schemes, scammers may spoof a legitimate government agency phone number to call a potential victim. The scammer threatens arrest if the consumer fails to comply with their requests. Scammers typically ask for payment in gift cards to rectify the problem. Social Security Administration (SSA) impersonators warn the targeted individual that their identity has been stolen and ask them to verify their social security number and other personal information. Ironically, the individual may then actually become a victim of identity theft.

In government grant fraud, scammers contact the consumer using an acquaintance's hacked social media account. The consumer is told about a lucrative grant program that only costs a small fee to receive. Once the first payment is sent, the scammer continues to add various fees. The consumer never receives the grant and loses whatever money and personal information they sent to the scammers.

While gift cards are still the method of payment of choice for scammers, more are beginning to turn to cryptocurrency. The FTC reported 1,392 complaints in 2021 about cryptocurrency use in government impostor scams, with losses of more than $22 million.

2021 FTC statistics show that people young and old can fall prey to government impostors or grant scams, but the amount of loss increases with age.

Social Security scams also topped the Federal Trade Commission's (FTC) Consumer Sentinel Database listing of government impostor scams for three years running, starting in 2019. SSA impersonation scams are also the most-reported scam so far in 2022, according to FTC statistics. Nearly a half million such scams have been reported to the FTC since 2019, totaling more than $209 million in losses. Of those reports to the FTC in 2021, 5.9% reported losing money, an increase from the 3.5% who reported losses in similar scams in 2019.

After a dip in Social Security scam reports in 2020, the scam dominated the statistics last year with more than 217,000 reports and nearly $150 million in reported losses. The median loss for Social Security scams dipped to $1,200, which is $300 less than it was in 2019.

Reports show the most common Social Security-related scam involves arrest threats. Posing as law enforcement, the scammer calls and threatens the intended victim with immediate arrest if they do not comply with the scammer's requests. The scammer may claim that the victim's Social Security number has been compromised and used in a crime.

With the federal government issuing billions of dollars in relief funding during the pandemic, scammers took full advantage by making up various grant programs. While the number of grant scams reported is down, those victimized are losing more money than they did prior to the pandemic.

The second most popular target of scammers is Medicare. While there are many reports of these scams, people rarely fall victim to them. In 2021, there were nearly 30,000 Medicare scams reported to the FTC, but just 0.6% of respondents reported being victimized.

The IRS used to be a favorite target of scammers, but has diminished in recent years. Now most reports to BBB Scam Tracker are from people who lost money while filing for an Employee Identification Number from websites that looked like they were official.

The U.S. Department of Treasury, FTC and U.S. Postal Inspection Service are mimicked by scammers to a lesser extent, according to FTC statistics.

Government agencies like the Social Security Administration, IRS or FBI do not call people with threats or promises of money.

Do not trust your caller ID, as scammers can spoof legitimate numbers. If you receive a phone call, check with the real agency by going to the agency's website directly, then click contact us to find out how to connect.

Do not trust numbers that may be included in emails or text messages.

Do not click on links inside a text message or email purporting to be from a government agency.

Social Security numbers are never "suspended." The Social Security Administration will never threaten to arrest you because of an identity theft problem.

Never provide your bank account or other personal information to anyone who calls you claiming to be associated with the IRS. The IRS generally makes its first contact with people by regular mail – not by phone – about taxes.

Never pay with a gift card, wire transfer or cryptocurrency. No government agency will take those forms of payment.

Don't pay for a "free" government grant. If you must pay money for a "free" grant, it isn't free. Go to Grants.gov and Financial Consumer Agency of Canada for lists of official grants.

To Report a Possible Scam:

• The Social Security Administration has an online form for complaints about frauds impersonating the SSA.

• The FBI's Internet Crime Complaint Center is at at http://www.ic3.gov.

• Your cellphone carrier – Carriers may offer free services such as scam call identifications and blocking, ID monitoring, a second phone number to give out to businesses so that you can use your main number for close friends, or a new number if you get too many spam calls.