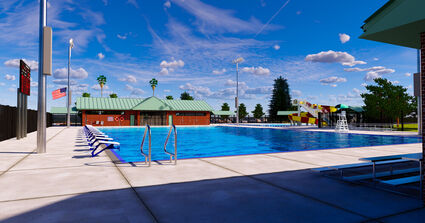 The proposed aquatics facility in Visalia will not be constructed anytime soon.

The City of Visalia will not be constructing the aquatics facility proposed by Councilmember Greg Collins anytime soon. His motion to place the proposal on the agenda of a future council meeting was defeated at the April 18th Visalia City Council meeting.

"On a 3-2 vote, the council voted not to put the item on a future agenda, which precludes any public input," said Collins. "At first when the vote was taken, I was in disbelief that the council would take a position that would not allow the public to weigh in on this. After awhile, my disbelief turned into being disgusted."

The council wanted other entities (Visalia Unified School District, Visalia Parks and Recreation, etc.) to participate in the funding of the project before making any commitment, according to Collins.

"But how can you expect participation when the council hasn't given the green light themselves?" he asked rhetorically.

"We deal with this item on a routine basis – like about every six months – and I have not wavered in my position on the pool complex," said Mayor Steve Nelson, who opposed the motion. "I am in favor of a rec park kind of pool, which would be for swim lessons, senior aerobics in the water – a playpool kind of concept. I do think that is sorely needed in the City of Visalia, but I will share also that the city has a lot of projects on the books for this budget year."

"I don't think this is an appropriate time to add anything to this year's budget," he said.