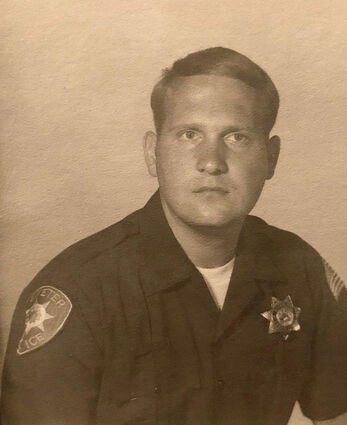 On April 6, Visalia may become the epicenter of the true crime craze.

That's when John Vaughan, a retired Visalia police sergeant and lead investigator of the Visalia Ransacker crime spree from the mid 1970s, will speak at the College of the Sequoias during a much-anticipated event that was postponed last fall due to the latest wave of the Covid pandemic.

With television shows and podcasts about true crime having amassed big interest and bigger audiences, it was no wonder when local writer Terry Ommen's column in The Good Life appeared last September about the lecture that he began receiving several phone calls inquiring about the event.

"I even had people asking me to save them seats," quipped Ommen, who himself is a retired Visalia police officer. Ommen's column "Inside the Visalia Ransacker Investigation" no doubt stirred memories and emotions about what Vaughan calls "the biggest case in the history of the town."

"This is also an opportunity to honor the work of Sgt. Vaughan, as well as to reveal a lot that was not able to be brought out to the public before about the investigation," said Ommen, who added that the event will unveil surprising, if not jaw-dropping information about the case and its investigation.

While Ommen will serve as the event moderator, it will be Vaughan who will capture the imagination of the audience inside the COS Ponderosa Lecture Hall. The room, which seats more than 200, is located next to the parking lot on the northeast corner of the campus.

The public forum, which is free to attend, starts at 6 p.m. and is sponsored by Visalia Heritage and The Good Life. Parking will also be free. For those unable to attend, the event will be live-streamed for free on the homepage of The Good Life at http://www.TheGoodLifeSV.com.

While the passage of time tends to erode memories, those who lived in or around Visalia during the mid-1970's may recall the terror that gripped the city by what became known as the Visalia Ransacker, and later known as the Golden State Killer.

In 1975, a burglar broke into the Visalia home of Claude Snelling with the intent of kidnapping his daughter Beth. When Snelling woke up and confronted the burglar, he was brutally shot twice and killed, but the burglar left Beth Snelling behind before escaping.

Three months later while on a stakeout of a home previously involved in a Ransacker incident, another Visalia agent, Bill McGowen, was shot at by the Ransacker but spared by his flashlight, which the bullet shattered. The Ransacker escaped once again. Multiple incidents were investigated in and around Visalia before they suddenly stopped, only to emerge once again in the Sacramento and Bay areas.

Eventually, Joseph James DeAngelo was arrested in 2018 and charged with multiple counts of burglary, rape and homicide for crimes committed from 1974 to 1986, with prosecuters seeking the death penalty.

In a plea agreement, DeAngelo later pled guilty to 13 counts of murder, including the Snelling shooting, and was sentenced to life in prison without the possibility of parole. Vaughan is convinced, despite DeAngelo's confession to several of the crimes, there may be many more he is responsible for.

"I'm of a strong opinion there is a lot more to this case than we'll ever know," said Vaughan in a phone interview from his home in Morro Bay. "I think he did a lot more murders than we know of."

Today Vaughan is happy just playing with his granddaughter, occasionally coming to Visalia for doctor appointments or to visit one of his sons who still lives here. But despite having been retired for 25 years, Visalia and the Visalia Ransacker still weigh heavy on his mind.

"I couldn't believe when he was arrested that he had been a police officer. I was just glad when we found out who it was, it wasn't someone we had already looked at," he said, adding that the team of McGowen, agent Duane Shipley and Vaughn amassed a suspect list of "more than 100" during an eight month investigation. Most were eliminated as suspects over time, But not once did DeAngelo's name come up. Once he was arrested, while the city could finally sleep again at night, Vaughn still had lingering feelings about the case.

"I was very sad that McGowen and Shipley weren't still alive to see it," he said. 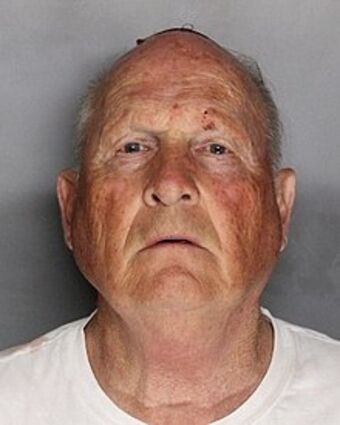 DeAngelo after his arrest years later

As the lone surviving investigator, Vaughan hopes to answer the unasked questions that some Visalians still have about the case, adding he will reveal never-before-released information about techniques used during the investigation, including some new tactics, things that had "not been done before in law enforcement. Anywhere."

"I will say everything I can," said Vaughan of his intentions for the event. "I'm not going to hold anything back."

Ommen said many of the Ransacker victims still live in the area, as do many of the now-retired police officers who were with the department when the Visalia Ransacker was lurking in the shadows.

"I hope a lot of those people will attend," Vaughan said. "I have so much to say and questions to answer. I hope it will cause them to think of the questions they want to ask."

Ommen expanded on the sentiment. "This will be a chance for people who have questions about what happened to have their questions answered, to get some closure," he said.