'Have You Heard about Greg?' Provides Personal Look at Alzheimer's 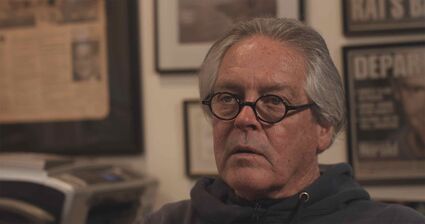 "Have You Heard About Greg?" (HYHAG) is a documentary that introduces Greg O'Brien, an investigative reporter, best-selling author and public speaker. Greg takes us into his world where he has survived cancer and now is battling with an incurable disease called Alzheimer's.

This disease has taken out Greg's family members: his father, mother, grandfather and uncles. Now Alzheimer's has come for him. He faces the journey with authenticity, humor and a ferocious courageousness that has rarely been captured on camera until now.

Greg opens up his life and home to show how this disease affects everyone. He is on a mission to bring awareness to the cause and take it out of the closet to help others talk more openly about it.

Greg wears his heart and soul on his sleeve. He is funny, irreverent, loving and brutally honest. He is charming and delightful to be around and he gives us an opportunity to look at this monster of a disease.

He was diagnosed at the age of 59 when he had two serious head traumas.

No matter what Greg is going through, he keeps a smile on his face, and keeps cracking jokes even when he doesn't feel that great himself. HYHAG is timely, emotional and the story of vulnerability and spiritual resilience that leaves people inspired to face life's challenges head on.

Several experts in the field are interviewed in the film.

George Vradenberg, CEO of US vs. Alzheimer's, asks, "Imagine if you will, a terrorist organization announcing tomorrow that they had a bio weapon that was going to infect 80 million people by 2031? Can you imagine the globe's response to that proposition?"

Dr. Rudy Tanzi, chair of the Cure Alzheimer's Fund Research Leadership Group, describes Alzheimer's as "a quiet thief in the night that relentlessly robs from the patient the sense of identity, personality and, ultimately, the very essence of self." 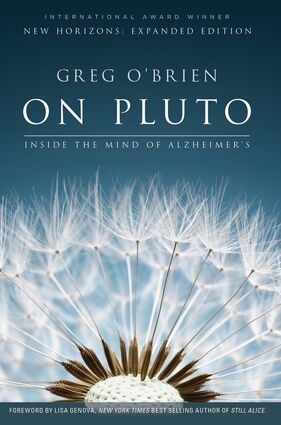 Today, Greg lives with the fact that at any moment, 60% of his short-term memory can be gone in 30 seconds. Every day is a fight for him.

The film is his way to put a stake in the ground as a journalist and to make sure people start talking about it and taking it seriously.

Without any change, by 2050, about 14 million patients would single-handedly wipe out the health care system in the U.S. There are currently millions of people who are undiagnosed, walking around on the path to Alzheimer's.

This film was inspired by Greg O'Brien's best-selling and award-winning book called On Pluto: Inside the Mind of Alzheimer's.