Medicare Part B Premiums to Increase by 14.5% 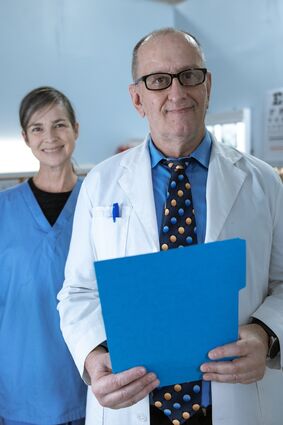 Social Security benefits may be increasing, but so are Medicare Part B premiums.

On November 12, the Centers for Medicare & Medicaid Services (CMS) released the 2022 premiums, deductibles and co-insurance amounts for the Medicare Part A and Part B programs.

These increases were not well received by seniors' groups such as The Senior Citizens League (TSCL), which issued a press release stating, "A 14.5% jump in the Medicare Part B premiums for 2022 spells trouble ahead for beneficiaries wondering where the money will come from to pay all the bills."

"The Part B increase from $148.50 to $170.10 per month is the highest since 2016 and will consume the entire annual cost of living adjustment (COLA) of Social Security recipients with the very lowest benefits, of about $365 per month," said Mary Johnson, a TSCL Social Security and Medicare policy analyst.

"Social Security recipients with higher benefits should be able to cover the $21.60 per month increase, but they may not wind up with as much left over as they were counting on," she added.

While the 5.9% COLA is the highest increase in four decades, Medicare Part B premiums grow even faster percentage wise almost every year, far outpacing the rate of growth in the COLA. A new TSCL survey found that 44% of Medicare recipients report spending from $160 to $495 a month on healthcare costs.

"That's a significant portion of income to spend on medical expenses, considering that the average monthly Social Security benefit (including retirees, disabled and survivors) is about $1,487," said Johnson. "These findings are particularly troubling because about 46% of our survey participants also report that they have no retirement savings to fall back on."

Johnson has found that rising Part B premiums have ranked as one of the fastest growing costs that older Americans face in retirement, increasing 274% since 2000.

• Rising prices and utilization across the health care system, along with anticipated increases in the intensity of care provided;

• Congressional action to significantly lower the increase in the 2021 Medicare Part B premium, which resulted in a $3 per beneficiary per month increase being continued through 2025.

• Additional contingency reserves due to the uncertainty regarding the potential

use of the Alzheimer's drug Aduhelm by people with Medicare.