'The Musician' Tells a Sweet but Sad Tale of Lifelong Love 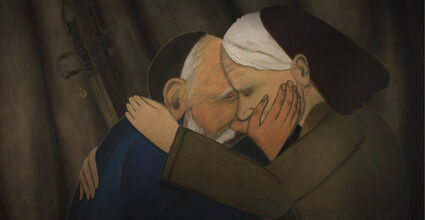 This scene from "The Musician" shows the lovers embracing after being apart for 50 years.

During a vicious attack, a young musician and the love of his life are brutally separated from one another. Fifty years later, the musician is summoned to play at the Mongol castle where his beloved has been held.

This is the basic story of "The Musician," an animated movie by Reza Riahi, an Iranian-born director who is making a name for himself in French animation.

The film is made of paper cut-outs to take advantage of the materials and motifs that Persian art has cultivated for centuries, the tradition of miniatures. 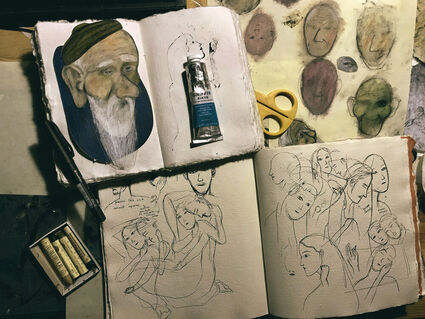 "The title of my film is 'Navozande,' which means 'The Musician,'" said Riahi. "It is the story of an old musician's lifelong search for his beloved whom he lost as a young man when he was tragically blinded.

"The musician's beloved, who has become one of the king's servants, is present at the concert where he is summoned to perform," Riahi continued. "While the king hears only a melody to brighten up his festivities, the old woman rediscovers the tenderness of her long-lost lover."

"The Musician" became available for streaming on Paramount+ on November 22.