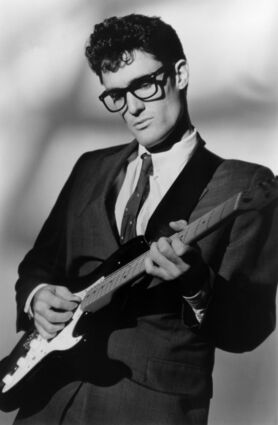 John Muller will perform as Buddy Holly at the December 4 concert.

The 1950s will live again when Buddy Holly, Ritchie Valens and the Big Bopper take the stage at the Visalia Fox Theatre on December 4.

John Mueller's "Winter Dance Party" is the official live and authentic re-creation of Holly, Valens and the Big Bopper's final tour and the only show endorsed by the Holly, Valens and Richardson estates. The concert performance will include over two hours of high voltage entertainment featuring such hit songs of the 1950s as "That'll Be the Day," "Peggy Sue," "Oh, Boy," "Rave On," "La Bamba" and "Chantilly Lace."

Mueller, the critically acclaimed former star of the U.S. touring version of the London/Broadway hit musical "Buddy: The Buddy Holly Story," performs as Holly and Linwood Sasser fills the legendary footsteps of the Big Bopper. Ray Anthony, a star of the "Legends of Rock and Roll" show at the Imperial Palace in Las Vegas, performs as Valens. The four-piece band includes Grammy Award-winning Mike Acosta on saxophone. 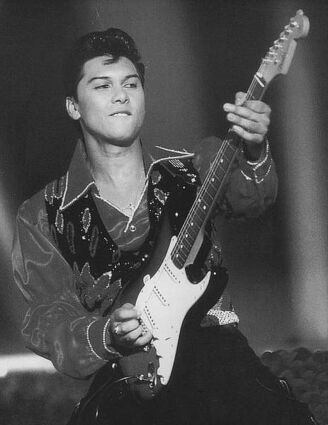 The Winter Dance Party show has performed in front of over two million people on national TV for the Jerry Lewis Telethon and has toured extensively throughout the United States and Canada at theaters, performing arts centers, ballrooms, corporate events, casinos and even the Rock and Roll Hall of Fame along with John Mellencamp, Marshall Crenshaw and others.

Other highlights have included receiving the keys to the city of Green Bay from the mayor, playing in the legendary Surf Ballroom on the same day Buddy, Ritchie, and the Big Bopper did 40 years prior, and performing on stage with Maria Elena Holly (Buddy's widow), Niki Sullivan (an original member of the Crickets, Holly's original band) and Tommy Allsup (original Winter Dance Party guitarist and Nashville producer).