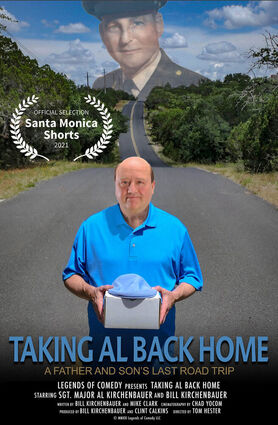 Bill Kirchenbauer's film is currently being entered in film festivals around the world.

"It's everything I like in a movie," said actor/comedian Bill Kirchenbauer about his new film, "Taking Al Back Home."

"Taking Al Back Home" is about the road trip Kirchenbauer took with the ashes of his late father, Al, a World War II hero, to be scattered near his hometown in Michigan. Along the way, Kirchenbauer met people who shared their stories about his father.

The film has been entered in more than a dozen film festivals in the U.S. and around the world.

"Hopefully, by February, I'll be able to find a nice outlet for it," said Kirchenbauer, whom we interviewed by phone during his brief stay in Cambodia on his way to Thailand (where he recently moved to be where his son lives). "It would be nice if Amazon or Apple TV bought it.

"Movies aren't cheap, especially when you have a crew, and hotel rooms," he noted. "But I knew I was going to do it. Whatever it cost, it cost."

The film, which Kirchenbauer calls "a road documentary," showcases his drive from Texas to Michigan to follow his father's wishes and scatter his ashes. He learned a lot about his father along the way.

Kirchenbauer said that when he told his parents that he wanted to become a broadcaster, they were supportive. That continued as Kirchenbauer became a stand-up comedian and later an actor, appearing in movies and on such television programs as "Growing Pains" and "Mork & Mindy," and later starring in "Just the Ten of Us."

"My father went to see a shoot of one of my shows," he recalled. "He was very proud of what I did."

Even so, the elder Kirchenbauer advised his son to "get something to fall back on."

"In retrospect, the old man was right," he said.

"My dad died in 1993 and was cremated at a mortuary," said Kirchenbauer, adding that his mother kept the ashes for 15 years. "When she died, she wanted to mix some of her ashes with his.

"When I planned to move to Thailand, I said to my wife, 'I've got to make good on this wish of my dad,'" he said. "And as long as I'm doing this, I thought I would do this documentary."

Kirchenbauer called a filmmaker and outlined things he wanted to do, which included "a lot of funny stuff."

"I even do a show in Grand Rapids and tell the audience what is in the box (his father's ashes)," he said. "They were taken aback."

Another stop in the film was the USS LST (Landing Ship Tank) 393 Veterans Museum in Muskegon, Michigan, a World War II museum.

The museum curator told Kirchenbauer a lot about what his father did in the war. The elder Kirchenbauer was part of the "Ghost Mountain Boys" expedition in New Guinea, which was occupied by Japanese forces on the north part of the island.

The expedition, named after how they looked like ghosts because of the fluorescent plants that grew on the mountains, was to land on the south side and surprise the Japanese by going over the Owen Stanley Range of mountains.

The expedition faced terrible conditions on the journey, including snakes, mosquitos and spiders that were memorable enough to be recalled by a museum curator 75 years later.

"I took a lot of his medals and his uniform," he said. "I called first and donated them to the museum."

He estimated that his father "had probably 80 medals," but admitted that as he was growing up, he didn't know a lot about his father's military career. When Kirchenbauer was 16, his father retired from the military.

"I knew he had been in a war and had a back wound," he said. "That's about all I ever heard about it. He never liked to talk about it. He got a little mad at me actually."

Kirchenbauer always saw his father as a hero, but not just because of his service during World War II.

"He saved my life, allowing me to go on and do what I wanted to do," he said, explaining that his father adopted him from an orphanage in Austria, where not all the children survived, and brought him to America. "He is why I'm still here."

And making the documentary has made him feel closer to his late father.

"I feel like I understand him more," said Kirchenbauer. "When I was younger, I don't think I understood him as a man."

"A documentary is hard to do," said Kirchenbauer. "It's harder than a real film. It's like a jigsaw puzzle dumped on the floor. You have no idea what it's supposed to look like."

"It's the first time I've been able to plan something in my head and see it come to fruition," he said.

And he appreciates the new perspective the documentary-making experience gave him.

"I communicate with my audience a lot better," he said, adding that he is content to share amusing stories. "I find there doesn't have to be a joke every ten seconds."

Tributes to Other Comedians

Although living in Thailand, Kirchenbauer stays involved in the entertainment business.

"I produce a show called the Ultimate Robin Williams Tribute Experience," he said, explaining that previously companies that produced tribute shows "only did music."

Kirchenbauer searched the U.S. to find impersonators of comedians such as George Burns, Roseanne Barr and George Carlin.

He eventually decided to focus on producing the tribute show for one comedian and the Ultimate Robin Williams Tribute Experience was born.

Audiences have changed, however, according to Kirchenbauer.

"The whole thing has become something I really got tired of," he said. "Frankly, some of the things I've seen, I just shake my head when I look at them on YouTube. 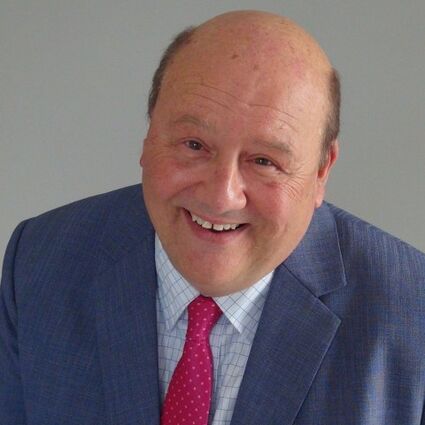 "Where are the jokes? You don't know how to use a microphone. You say 'like' every three seconds. The ratio of people who are funny is the same as it's always been – they're few and far between.

"Everybody thinks they are a comedian," Kirchenbauer continued. "My wife will say, 'What are these people laughing at?'

"There are no Garry Shandlings or Bob Newharts," he lamented. "There's no George Carlin – I miss him."

What about Bill Kirchenbauer? Will he be coming back to play comedy clubs in the U.S. anytime soon?

For more information about "Taking Al Back Home," visit http://www.billkirchenbauer.com