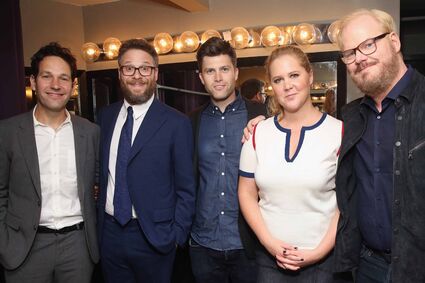 Founded in 2012 by Seth Rogen and Lauren Miller Rogen, Hilarity for Charity (HFC) is a national non-profit organization whose mission is to care for families impacted by Alzheimer's disease, inspire the next generation of Alzheimer's advocates, and be leaders in brain health research and education.

HFC is accelerating progress in Alzheimer's care, prevention and support. Through its signature celebrity events, HFC also raises much-needed awareness about this disease.

With the support of its donors, HFC has raised over $13 million and awarded over 325,000 hours of in-home care relief to Alzheimer's family caregivers through its North American Caregiver Respite Grant Program.

HFC aims to support family caregivers throughout their Alzheimer's caregiving journey by providing free and tailored services focused on emotional support, respite, skill-building, coaching and brain health education. Its goal is to transform the caregiving experience for young people and families impacted by Alzheimer's disease, increasing their well-being and helping them thrive.

In addition to providing caregiver respite, HFC organizes online support groups to build caregiver community and connectivity, engages young people across the country to become Alzheimer's advocates, funds prevention-focused and brain-health research, and teaches people how to care for the health of their brains today, so they can reduce their risk tomorrow.

While HFC is a relatively recent addition to the national Alzheimer's nonprofit space, with an annual audience in the hundreds of thousands, it is uniquely situated to generate awareness about the disease among the general public. HFC's celebrity reach and cultivation of a humorous, irreverent tone has made it a nationally-visible entity that effectively brings Alzheimer's discussions into a variety of popular culture platforms. 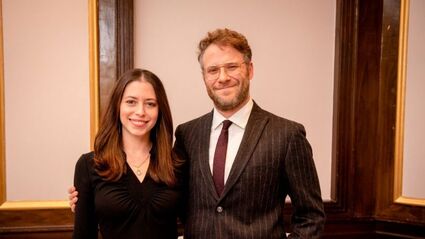 Comedian and actor Seth Rogen is married to screenwriter, actress and director Lauren Miller Rogen. Early in the couple's relationship, Lauren's mother was diagnosed with Alzheimer's disease. From that moment on, Seth and Lauren have used their platforms to raise awareness for the disease and inspire others to do the same.

Alzheimer's is an isolating disease that often isn't talked about in the same manner as other illnesses. This stigma can prevent people from seeking out the support and resources they need, which makes raising awareness critical for delivering the best care.

As Lauren Miller Rogen says, "Let's bring more light to the darkness through the families that we can help, and the work that we can do together to end Alzheimer's."

For more information about Hilarity for Charity, to make a contribution or to get on the group's email list, visit https://wearehfc.org