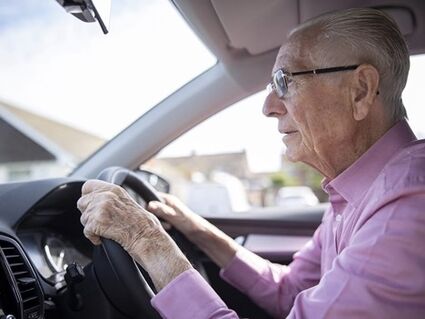 When older adults are viewed as cognitively or physically impaired, they perform below their abilities on tasks, according to a recent review article by Sarah Barber, a psychology and gerontology researcher at Georgia State University.

Groups that are stigmatized - whether due to race, socioeconomic status or age - perform more poorly when they are faced with negative stereotypes, Barber said. She found expectations of others can play a powerful role in how well older adults perform on cognitive tasks and motor skills such as driving.

The phenomenon is known as "stereotype threat," according to Barber. Her review article, published in The Journal of Applied Research in Memory and Cognition, looks at recent studies as well as those dating back to the mid-1990s, all of which show the power of this phenomenon.

"The concept was originally formulated to look at stereotypes around race," Barber said, but the effect turned out to be much broader. She said it can affect older adults by affecting their memory, physical performance, driving abilities and even job satisfaction.

Older adults frequently encounter the challenge of stereotype threat at their physician's office, where they routinely go for checkups, Barber said, and where they may sometimes be given cognitive tests as well.

Research shows about 17% of individuals aged 50 and older experience stereotype threat at the doctor's office, and about 8% worry their physician is negatively evaluating them because of their age. This can lead older people to underperform on the cognitive tests they are given and can lead to greater distrust of physicians, greater dissatisfaction with healthcare services, poorer self-reported mental and physical health, and even higher rates of hypertension.

Just as important in stereotypes about age, Barber said, is negative self-evaluation, which she reviewed in a 2017 paper.

"People worry that there is truth to the negatives," she said. "When they forget, they may worry they are on a slippery slope towards dementia and decline."

That can be detrimental and actually lead to more forgetting. After conducting her own research on this topic, Barber said, "I was struck by the negative things older adults would say about themselves, and I'd wonder how much better they might be performing if they weren't so worried."

In lab studies, she said, stereotype threat can also lead to slower walking and weaker grip strength for older adults.

"We need to make people feel confident in their own abilities," she said, "and feel that they will be respected no matter how they perform."

Barber said older adults would also benefit from looking at their own attitudes about aging.

"Your own attitude about aging is highly predictive of your aging outcomes," she said. "Those who have positive attitudes about aging live longer, have better memory function and recover more easily from illnesses."