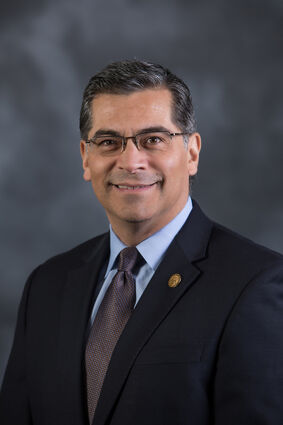 In response to significant increases in Medi-Cal enrollment and the increased need to protect elders and nursing home residents during the COVID-19 pandemic, Becerra directed additional resources toward the California Department of Justice's Bureau of Medi-Cal Fraud and Elder Abuse, and elevated the bureau to a full-fledged division, now called the Division of Medi-Cal Fraud and Elder Abuse (DMFEA).

DMFEA will continue its mission of investigating and prosecuting fraud committed against the Medi-Cal program, as well as physical or financial abuse or neglect of elders and dependents in care facilities statewide. As part of this effort, Becerra also announced the launch of Operation SAFE (Stop Abuse and Fraud of Elders), an initiative aimed at further protecting elders and Californians living in skilled nursing facilities during the pandemic.

"All too often, California's elder citizens and those with disabilities are the principal targets of bad actors," Becerra explained. "That's why we have allocated additional resources towards establishing the California Department of Justice's new Division of Medi-Cal Fraud and Elder Abuse. DMFEA will build upon our previous success aggressively protecting our state's most vulnerable citizens against fraud, abuse and neglect. In keeping with this spirit, DMFEA is launching Operation SAFE, a new initiative to ensure that care facilities funded by Medi-Cal are doing their part to keep our loved ones safe during the COVID-19 pandemic."

Operation SAFE will investigate complaints of abuse or fraud. The COVID-19 pandemic has taken a tragic toll on the state's elderly population, with the Los Angeles Times reporting that approximately 34% of COVID-related deaths have occurred in nursing homes.

Given that the most vulnerable victims of COVID-19 are the elderly and infirm, much effort has been made to avoid exposing this population to the ravages of the pandemic. While the motivation behind these efforts is well-intentioned, attempts to insulate the elderly from exposure has resulted in more isolation for those in the facility setting, leaving them more dependent on those facilities to provide appropriate care and more vulnerable to abuse and fraud.

Through Operation SAFE, a multi-disciplinary team, including agents and medical professionals, will conduct unannounced visits to Medi-Cal-funded, skilled nursing facilities to investigate complaints of abuse and fraud. Operation SAFE intends to hold accountable anyone who abuses or neglects the state's elderly and vulnerable populations during the pandemic.

Nationally recognized for its innovative approach to law enforcement, DMFEA collaborates closely with federal, state and local partners to fulfill its mission. The division aggressively pursues criminals who are directly or indirectly involved in filing false claims for medical services, drugs or supplies. It also pursues hundreds of entities every year for unlawful acts constituting fraud under the California False Claims Act and other key statutes.

Based on government and private studies, and on the hundreds of millions of dollars in fraud that DMFEA recovers in a single year, it is estimated that the amount stolen from Californians through Medi-Cal fraud reaches billions of dollars annually.

DMFEA also works to protect patients in nursing homes and other long-term care facilities from abuse or neglect. Currently, about 110,000 Californians live in an estimated 1,300 licensed nursing homes, and about 150,000 live in approximately 7,500 licensed residential care facilities for the elderly. These numbers are likely to grow as California's elderly population is expected to increase to 6.4 million by 2025.

In its new capacity as a division, DMFEA will continue to build on its previous successes in safeguarding the state's Medi-Cal program. Examples of recent Medi-Cal fraud cases include:

• $18.9 million settlement with Memorial Health Services – DMFEA worked with the Health and Human Services, Office of Inspector General and the United States Attorney for the Central District of California to announce this $18.9 million settlement after the health system self-disclosed that it overcharged Medi-Cal for its reimbursement claims for all drugs covered under the 340B Drug Pricing Program – which is intended to ensure the affordability and distribution of drugs to disadvantaged patient populations – from January 2017 to May 2019; and

• $9.5 million settlement with Walgreens, Inc. – DMFEA worked with other states' Medicaid fraud control units to reach this settlement to resolve allegations that the drugstore chain offered incentives to beneficiaries to lure them into its prescription drug program and overcharged Medicare Part D and Medicaid programs in filling the prescriptions. Out of the gross combined settlement, California received $5.3 million.

Anyone who suspects elder abuse or Medi-Cal fraud is encouraged to file a complaint at http://www.oag.ca.gov/dmfea/reporting or call the hotline at (800) 722-0432.