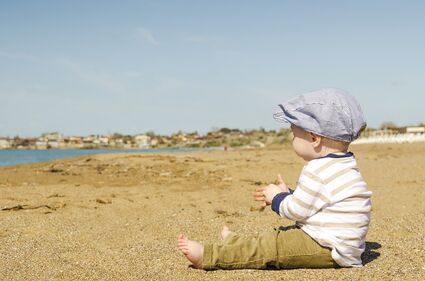 About 4 million people who turn 61 this year could be facing a deep hit to their Social Security benefits when they retire, warns The Senior Citizens League (TSCL).

"This is caused by a flaw in the Social Security benefit formula," explained Mary Johnson, a TSCL Social Security policy analyst. "To prevent benefit cuts, Congress would need to fix this flaw by the end of 2021 before this group turns 62 and are eligible to start benefits."

The feature in the Social Security benefit formula that makes the critical calculation of an individual's initial Social Security retirement benefit (which is linked to the year that workers turn age 60) is sensitive to economic recessions. Known as the average wage index (AWI), it is susceptible to permanent benefit reductions when beneficiaries turn 60 in a year of extraordinarily high unemployment, as was the case in 2020.

The initial retirement benefits of people who turned 60 last year, could be permanently reduced by almost 10%, according to an estimate by Social Security's Chief Actuary Stephen Goss. Without timely remedial action from Congress, people born in 1960 could wind up with Social Security benefits that are 9.1% lower than others with identical earnings and retirement histories born just one year prior to them (1959).

If this estimate proves to be correct, an age 62 starting benefit of $1,565 per month would instead be $1,422, a difference of more than $142 per month. Over the course of a 25-year retirement, retirees with this benefit level would receive about $55,727 less in benefits.

Due to the COVID-19-caused recession, wages and earnings plummeted to lower levels in 2020 than in 2019 and "that appears to be dragging down the AWI," said Johnson.

So far, though, estimates from Social Security and the Congressional Budget Office vary on how low the AWI might dip or even if it will dip into negative territory.

"We are watching the information from the Social Security Administration," said Johnson, because that's where employers send the 2020 wage reports. The final AWI won't be known until the end of 2021."

In calculating the initial retirement benefit, the Social Security Administration uses the 35 years of highest earnings. The first step is to adjust those earnings using the AWI to maintain the value of earnings in today's dollars. In addition, the AWI is used to adjust earnings levels that determine the portion of their average monthly earnings that people are allowed to keep as their benefit.

Typically, wages tend to go up year after year. But in 2020, the COVID-19 recession and sudden high unemployment, caused both the number of people who are working, and wages, to plummet.

"This may be pulling the AWI down into negative territory" said Johnson, who is in the process of collecting wage and employment data for 2020.

This type of benefit reduction is unusual and known as a "notch" in benefits, and those affected are called "notch babies." The most recent year the AWI has been negative occurred in 2009 when it was (-1.5%).

Legislation was introduced in the last Congress to remedy the 1960 notch reductions - "The Social Security COVID Correction and Equity Act," introduced by Representative John Larson (CT-1), and the "Protecting Benefits for Retirees Act," introduced by Senators Tim Kaine (VA) and Bill Cassidy (LA).

The Senior Citizens League strongly endorses legislation that would fix not only this potential notch but also provide permanent protection from this sort of recessionary reduction for future retirees as well.