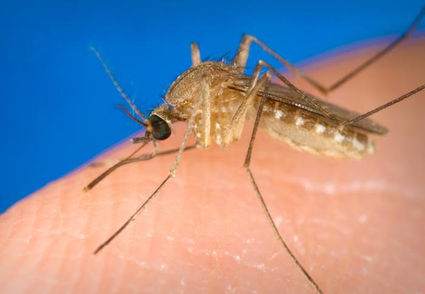 The most likely source of local West Nile Virus cases is the Culex quinquefasciatus.

Public health officials urge residents to take precautions against mosquito bites, as mosquito samples positive for West Nile Virus have been detected in multiple locations within the county. In addition, samples indicate that St. Louis Encephalitis Virus (SLEV) may also be present, posing a risk to the public.

"Due to this increased activity and these reported cases, we strongly encourage residents to use safeguards to reduce their risk of contracting both West Nile Virus and SLEV through mosquito bites," said Tulare County Public Health Officer Dr. Karen Haught.

The West Nile Virus is transmitted to humans by mosquitoes, and there is no vaccine or medication to treat the virus. Most people infected with West Nile will have no symptoms, however, about one in five people will develop a fever with other symptoms from two to 14 days after being infected.

Severe cases of West Nile Virus can affect the central nervous system, resulting in meningitis and/or encephalitis, and can result in death or long-term disability.

The St. Louis Encephalitis Virus is in the same virus family as West Nile Virus. Both viruses are transmitted to humans bitten by an infected mosquito. Most people infected with SLEV will have few to no symptoms. The most common symptoms are mild, flu-like symptoms, including fever and headache, from five to 15 days after being infected.

Severe cases of SLEV can also affect the central nervous system, resulting in meningitis and/or encephalitis, and can result in death or long-term disability.

Residents are urged to increase their awareness of potential breeding grounds around their properties. Be on the lookout for homes that are unoccupied or in foreclosure, since many have swimming pools or backyard ponds that are breeding grounds for mosquitoes.

It is recommended that residents take the following precautions to avoid being bitten, thereby reducing their risk for exposure to both West Nile Virus and SLEV:

• Dress in long sleeves and pants during dawn and dusk or in areas where mosquitoes are active.

• Repair or replace door and window screens that have tears or holes.

For more information, call the Delta Vector Control (Mosquito Abatement District) at (559) 732-8606 or visit them online at http://www.deltavcd.com.