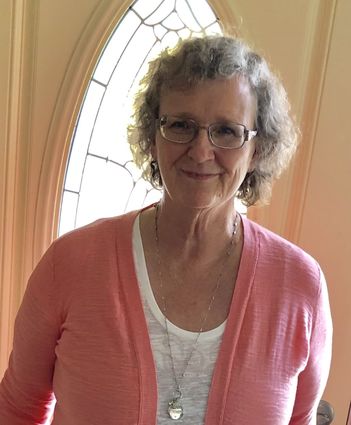 Norma Lovelace has been named the Mighty Oak Chorus "Barbershopper of the Year."

Last year, she joined the chorus when it welcomed female singers for the first time in its 38-year history. In that short time, she served as program vice president, created the script for the 38th annual two-hour musical "Rock 'N Roll is Here to Stay," and organized and sang in the chorus' first-ever female quartet.

Lovelace was inspired to join the chorus by her father, Wayne Snell, who performed in many quartets and choruses over the years. She was also encouraged by her husband, Chuck, who sings and serves as the chorus' music vice president.

Norma and Chuck live in Tulare where they are active members of the First Congregational Church. Both of her parents were educators in the Fresno Unified School District, and she followed in their footsteps and started a career in education.

She moved to Tulare in 1990 and became a teacher in Earlimart. In 2006, she joined the Tulare County Impact Intern program as program coordinator. She also now works at Pearson Evaluations Systems with the evaluation of the California Teacher Performance Assessments.

"The ('Barbershopper of the Year') award has meant a great deal to me as I know my parents are so proud and smiling at me from their place in heaven," said Lovelace.