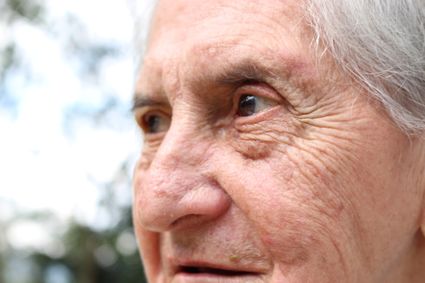 Research reported at the Alzheimer's Association International Conference (AAIC) held in Los Angeles earlier this summer identified a number of differences in the progression and risk of Alzheimer's disease between women and men, including newly identified sex-specific risk genes and contrasting presentation of Alzheimer's biology in the brain.

Two-thirds of people living with Alzheimer's disease in the United States are women, according to the Alzheimer's Association's 2019 Alzheimer's Disease Facts & Figures report. There are a number of potential reasons why more women than men have Alzheimer's or other dementias; a longheld view has been that it is due to women living longer than men, on average, but new evidence suggests that may not be the whole story.

"The majority of people living with Alzheimer's are women and it's imperative we understand why," said Maria C. Carrillo, Ph.D., Alzheimer's Association chief science officer. "The research reported at AAIC gets us one step closer to answering that question by identifying specific biological and social reasons why Alzheimer's is different in men and women."

Findings from researchers at the Vanderbilt University Medical Center found sex-specific differences in the spread of abnormal tau protein, a toxic substance associated with cognitive decline in Alzheimer's. Complementary to these findings, researchers at University of California San Diego School of Medicine found sex differences in levels of energy usage in the form of brain glucose metabolism

Research from the University of Miami found novel sex-specific genes that are associated with risk and resilience for Alzheimer's disease, which could provide unique risk profiles for men and women. Finally, in a large study of women, researchers from the UCLA Fielding School of Public Health found a faster rate of memory decline among women who never engaged in waged employment compared to women who participated in the paid labor force.

"Understanding these sex-specific differences may help us identify and apply customized prevention strategies for different populations against cognitive decline, Alzheimer's disease and other dementias," Carrillo added.

Women have experienced drastic changes in patterns of employment and family circumstances over the last 100 years. To better understand how women's work/family demands (paid labor force participation, marriage, motherhood) may play a role in late-life memory decline, Elizabeth Rose Mayeda, Ph.D., MPH, assistant professor of epidemiology at UCLA Fielding School of Public Health, and her team studied 6,386 women born between 1935 and 1956 in the Health and Retirement Study.

Women in the study reported paid employment, marital and parenthood status between ages 16 and 50. Memory performance was measured using standardized tests every two years starting when the women were age 50 or older.

• average memory performance between ages 60 and 70 years declined 61% faster for married women with children who never engaged in waged employment; and

• average memory performance between ages 60 and 70 years declined 83% faster for women who experienced a prolonged period of single motherhood without waged employment.

Based on these findings, the scientists suggest that participation in the paid labor force may play an important role in late-life cognitive health for women in the United States. This builds on prior research that has found participation in the workforce is associated with higher levels of cognitive stimulation and increase in cognitive reserve.

"Though preliminary, our research provides evidence that participation in the paid labor force may help prevent late-life memory decline among women in the United States. Possible pathways include mental stimulation, financial benefits, and social benefits," said Mayeda. "Future research should evaluate whether policies and programs that facilitate women's full participation in the paid labor force are effective strategies to prevent memory decline."

To better understand this phenomenon, Erin Sundermann, Ph.D., a neuropsychologist at UC San Diego School of Medicine, and colleagues from other institutions compared the brain's ability to metabolize glucose, a measure of brain function, between men and women at different stages of Alzheimer's pathology and whether a difference contributes to women's verbal memory advantage.

The study included 1,022 older adults (453 women, 569 men) from the Alzheimer's Disease Neuroimaging Initiative. Study participants received brain scans that measured levels of amyloid plaques - a signature brain lesion in Alzheimer's - and how well their brains metabolized glucose in regions affected by Alzheimer's. Glucose is the primary energy source for the brain; poor metabolism is a sign of dysfunction in brain cells. Participants' verbal memory skills were also tested.

Women outperformed men on the verbal memory test when amyloid plaque deposition was minimal to moderate, indicating early-stage Alzheimer's. However, this difference was absent when amyloid deposition was severe, indicating a later stage of the disease. In parallel to the verbal memory findings, the researchers also found that women showed higher levels of brain glucose metabolism than men at minimal to moderate levels of amyloid deposition.

This suggests that women may be better able than men to compensate for early-stage Alzheimer's-related brain changes by maintaining brain metabolic function, and this ability may contribute to women's verbal memory advantage at this disease stage.

"As the field moves towards using brain changes and biomarkers to measure Alzheimer's risk, this research is important in understanding how these changes differ by sex," said Sundermann. "By doing so, we can develop more personalized dementia risk measurements and interventions."

Sex-specific associations with Alzheimer's disease risk were found for 11 different genes, many of which have functions that may be relevant to development of Alzheimer's. These include genes related to risk only in men, MCOLN3 and CHMP2B, both of which are involved in endocytosis, a process critical to the development of Alzheimer's, and genes related to risk only in females, CD1E and PTPRC, which play essential roles in immunity.

"This research demonstrates that genetics may contribute to differences in risk and progression of Alzheimer's disease between men and women," said Kunkle. "More research is needed to understand how much these genes contribute to Alzheimer's risk, and whether they can be used to specifically identify men and women at risk for this disease."

Previous research has established that there are sex-specific differences in how brain regions are connected, and this may influence the pattern of how tau spreads through the brain in men and women.

Sepideh (Sepi) Shokouhi, Ph.D., assistant professor of psychiatry and behavioral sciences at Vanderbilt University Medical Center, and colleagues examined positron emission tomography scans to model the brain as a network of tau-connected regions. They examined the architecture of these networks to identify global pathways of tau propagation and to test for differences between men and women.

The study included healthy individuals (123 men, 178 women) and people with mild cognitive impairment (MCI: 101 men, 60 women) enrolled in the Alzheimer's Disease Neuroimaging Initiative database. For each group, the tau-connectivity networks were characterized to indicate (1) the overall number of connections, (2) areas within the brain with higher tau connectivity than the rest of the brain (communities), and (3) regions that influenced the spread of tau across different communities.

"The differences that we observed indicate the strong possibility that there are sex differences in the structural and functional connections in the brain, which may contribute to women's increased risk for Alzheimer's," Shokouhi said. "This study has implications for the possibility of creating sex-specific risk-reduction strategies and preventive interventions."