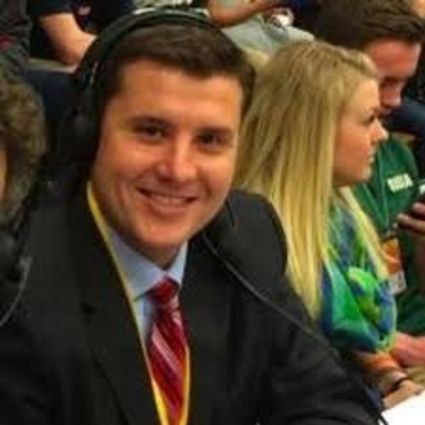 The host of syndicated radio show "Hometown Heroes" will be the featured speaker September 12 at Gateway Church in Visalia.

Paul Loeffler, who also handles radio play-by-play for Fresno State athletics, will share his life's experiences as well as observations from hundreds of interviews with veterans of World War II, Korea and Vietnam. The event is hosted by the church's Venture group, a ministry focused on adults ages 55+. Loeffler's topic will be "God's Plans are Always Better than Our Plans."

Since 2005, Loeffler has interviewed hundreds of World War II veterans throughout the country. What began with an award-winning TV feature and continues as a syndicated radio program, Loeffler's weekly visits with veterans eventually led to his helping launch Central Valley Honor Flight, an all-volunteer organization that has transported more than 1,200 veterans, free of charge, to military memorials in Washington, D.C.

During Loeffler's longtime radio career covering Fresno State, he has covered the exploits of former Bulldogs Paul George, Aaron Judge and Derek Carr. He called the 2008 College World Series before writing the book about the team that won it all - Underdogs to Wonderdogs.

His national TV experience includes football, basketball, and baseball play-by-play on ESPN platforms, as well as the unique recurring role of providing expert analysis on ABC/ESPN's broadcasts of the Scripps National Spelling Bee since 2006.

The Visalia event begins at 10:30 a.m. at the church, located at 1100 S. Sowell St., Visalia. While Loeffler's presentation is free to attend, a catered lunch for $10 will follow and requires an RSVP by September 9. For more information or to RSVP, call (559) 732-4787, or log onto http://www.GatewayVisalia.com/Venture.