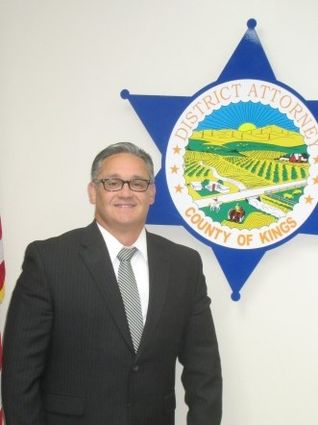 The current effort is currently grouped with other crimes such as insurance fraud. Unlike neighboring Tulare County, Kings County has not applied for grant money to create an elder abuse task force, so the D.A.'s office is working within its budget.

"Grant funding is always nice, but it creates false security," said Fagundes. "You don't know if it's going to continue. I'm not one who loves to work on grants. When grants go away, then you have holes in your staff."

As a result, the district attorney's office is using its existing assets to fight elder abuse as part of its effort to fight other crimes, including financial crimes such as insurance fraud.

"Most of our elder abuse is financial," explained Fagundes. "It's about people getting ripped off."

Fagundes made the recent decision to designate two members of his staff to deal with restitution, asset forfeiture and elder abuse as a block. Initially, the two staff members, an attorney and an investigator, will focus on elder abuse and its unique challenges.

"In a lot of the situations, the abuser will have power of attorney," said Fagundes. "It's usually a relative who is being an abuser, sometimes syphoning the money off and never paying it back."

Not all financial elder abuse in Kings County is committed by relatives, he noted. Seniors in the county are often the targets of scams from strangers.

"The most recent scams are those using Facebook or calls to get people to send money," he said. "A caller will say, 'Hey, before your husband died, we had a contract. You better pay us or we're suing you and ruining your husband's good name.' These people are usually in other states, which makes prosecution difficult."

If you are a resident of Kings County and receive a call that sounds like a scam, Fagundes advises you to call his office at (559) 582-0326 and ask for the Investigations Division.

Fagundes is a strong believer in helping crime victims recover and get their money back. He decided to make the county' Victim Witness Assistance Program part of the district attorney's office in July 2015, six months into his term. It had been part of the county's probation department, but the state made changes to its probation system to focus more on those returning from prison and less on helping crime victims.

"I started noticing that victims were getting no restitution," said Fagundes. "It's one thing if you don't get blood from a turnip, but it's another if you don't even try."

"Our main goal is to get victims back on their feet," said Julia Patino, coordinator of the program, adding that the goal is for victims of all types of crimes. "We're putting all our resources toward serving victims much better than we have in the past."

The program faces many of the challenges that attorneys and investigators have when dealing with elder abuse.

"Often the victim is not very cooperative because it's someone caring for them," said Patino. "I try to be patient when working those cases because it takes a long time to get their trust."

The program receives most of its cases from the district attorney's office, but sometimes law enforcement will bring in a case or a community-based organization will call with a concern.

"I've had banks call me saying they're concerned about a person who they're pretty sure is a victim of financial abuse," said Patino, who was then asked about community outreach and education about elder abuse. 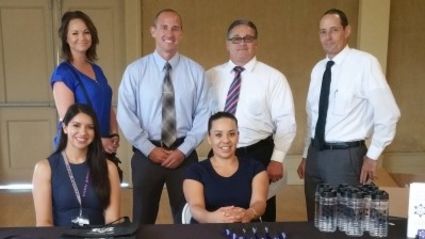 "We're trying to do a lot more outreach at senior care centers," she said, adding that in addition to dropping off information about elder abuse, they explain what to report, how to report it and when to report it.

"We do a lot of presentations in the community, not only for the staff (of senior facilities) but for the residents themselves," said Patino. "We're trying a lot harder to also get out to the elder care homes."

This outreach is developing into a team effort. A July 27th "County for All Ages: Never a Burden" luncheon at the Hanford Civic Auditorium to mark World Elder Abuse Awareness Day attracted about 140 senior care providers, members of the district attorney's office and law enforcement, students from various nursing programs and interested seniors. Fifty people had been expected to attend.

"There were so many people interested in going that we just had to open it up," said Patino. "All the feedback we received was really really good. The audience was very surprised about how much elder abuse is happening in our county.

"We haven't decided yet, but we talked about having another elder abuse event next June," she added.