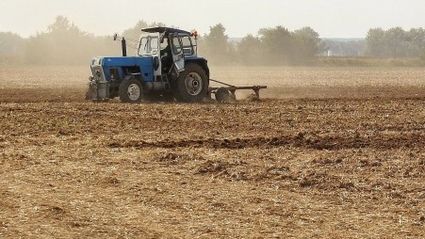 People get infected by breathing in spores present in dust that gets into the air when it is windy or when soil is disturbed.

The California Department of Public Health (CDPH) announced in late July that there was a large increase in the number of reported Valley Fever cases in California with illness onset in 2016.

Last year, 5,372 new cases of Valley Fever were reported to CDPH, corresponding to an incidence rate of 13.7 cases per 100,000 people. This is very similar to the most recent peak in 2011 (5,213 cases), which was the highest number of cases since individual cases were made reportable in 1995.

"In 2016, there were 233 confirmed cases of Valley Fever," said Dr. Karen Haught, Tulare County public health officer. "In the first six months of 2017, the number of reported possible cases has been similar to the first half of 2016. Often the number of cases are higher in the late summer and fall but we cannot predict how many cases will be reported and confirmed for the whole of 2017.

"Anyone can be exposed to Valley Fever and become infected," she added. "Many people who are infected will not have symptoms but seniors are more at risk for severe illness. Everyone – and particularly seniors – should avoid windy or dusty conditions when possible. If working where soil is being disturbed, keeping the soil wet will decrease the amount of dust exposure. When driving, the air-conditioning should be on with the recirculate option and the windows closed if possible. N-95 masks available in pharmacies can help if there is a situation where dust cannot be avoided. If a senior has symptoms of fever, fatigue, night sweats or cough, particularly if they persist, he or she should ask their doctor about testing for Valley Fever.

"People who live in or travel to areas where Valley Fever is common should take steps to avoid breathing in dusty air," said CDPH Director and State Health Officer Dr. Karen Smith. "If they develop flu-like symptoms, such as cough, fever, or difficulty breathing, lasting two weeks or more, they should ask their doctor about Valley Fever."

Many counties in the Central Valley and Central Coast regions, where Valley Fever is most common, reported an increase in cases in 2016 compared with 2015. The largest number of cases and highest incidence rate in 2016 were in Kern County where more than 2,200 cases, or more than 250 cases per 100,000 people, were reported.

Valley Fever, also known as coccidioidomycosis, or cocci, is caused by the spore of a fungus that grows in certain types of soil. In California, Valley Fever is most commonly reported in the Southern Central Valley and Central Coast. People get infected by breathing in spores present in dust that gets into the air when it is windy or when soil is disturbed, such as through digging in dirt during construction. The incidence of Valley Fever depends on a variety of environmental factors and types of human activity in areas where the fungus is present. Valley Fever symptoms can be similar to other illnesses and it is not always recognized.Changes in testing, diagnosis and reporting patterns can also impact reported disease levels. It is unknown why there has been such a large increase in reported Valley Fever cases in California in 2016.

While anyone can get Valley Fever, those most at-risk for severe disease include people 60 years or older, African-Americans, Filipinos, pregnant women, and people with diabetes or conditions that weaken their immune system. People who live, work, or travel in Valley Fever areas are also at a higher risk of getting infected, especially if they work outdoors or participate in activities where soil is disturbed.

Most infected people will not show signs of illness. Those who do become ill with Valley Fever may have flu-like symptoms that can last for two weeks or more. While most people recover fully, some may develop more severe complications of Valley Fever which may include pneumonia, or infection of the brain, joints, bone, skin or other organs.

If you think you have Valley Fever, you should contact your physician.