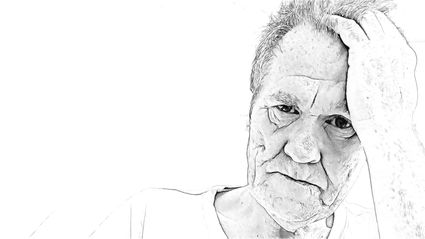 "Nationally, there are twice as many suicides as homicides, said Noah Whitaker, director of the Suicide Prevention Task Force, which is responsible for the oversight and guidance of suicide prevention efforts in both Tulare and Kings counties. "There are more suicides by firearms alone than all forms of homicide combined."

He estimates that there are 40 suicides a year in Tulare County, and between 8 and 15 in Kings County.

"When you look at it from a humanitarian angle, one person is too many," he said.

Suicide rates vary by age and ethnicity, according to Whitaker, who added that faith is also a factor.

"Hopelessness is going to be one of the biggest factors, as well as purposelessness, he said. "Seniors in our society tend to be isolated more. They also have more financial problems and have to face the loss of loved ones."

The Suicide Prevention Task Force works with community partners, government agencies and concerned community members to help protect lives. As part of his responsibilities, Whitaker studies research in suicidology, evaluates local programs and evaluates programs for implementation. He also works with local, state and federal agencies, and provides training for the community.

"We provide training and suicide prevention basics tailored for every audience," he said. "For any group, I will bring in data and information specific to that group. For seniors, one of the conversations I would have would be about right-to-die issues."

The task force is also part of the Local Outreach to Survivors of Suicide (LOSS), an all-volunteer team.

"When a suspected suicide occurs in either county, we'll dispense our volunteers 24/7." Said Whitaker. "They'll travel to the suicide scene and provide support and referrals to those affected by the death.

When a senior suffers depression, the Beck Homelessness Scale, the results of a true-or-false test, can determine how hopeless her or she feels the situation is and maybe help to prevent a suicide from occurring.

"If they score moderate to severe, we give them a warm referral to the clinicians at the Visalia Medical Clinic," said Bonnie Quiroz, elder and adult family advocate with the Kings/Tulare Area Agency on Aging. This may lead to an appointment, or sometimes someone from the K/TAAA just helps them talk through their problems.

"They could be having a long day," she said. "Or they can be having the loss of a friend or dog. Or maybe it's because they can't drive themselves like they used to.

"When we make these visits, we keep them to a minimum of an hour, sometimes an hour-and-a-half," said Quiroz. "We talk to them about their life, seeing if there's anything we can provide for them: home support services, home delivered meals, a trip to the market. It's a big life change when they lose their independence.

"A lot of them have families here but theu don't keep in close contact with them because they don't want to be a burden for the family," she added. "They may have kidney failure but not tell the family."