Is the San Diego Comic-Con Senior-Friendly? 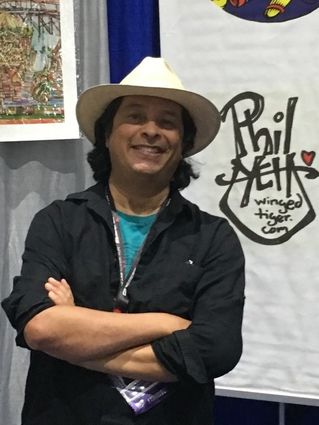 The San Diego Comic-Con attracts more than 170,000 pop culture fans annually, but is it senior-friendly? This 63-year-old writer enjoys attending the event each year but when I was there this year, I started wondering if it was something I would recommend to other seniors.

I decided to get the advice of two cartoonists whose tables I make a point of visiting at every Comic-Con.

"The Con's attendees span all age groups, all races and backgrounds," said former National Lampoon cartoonist Rick Geary, 71, whose historical graphic novels include The Borden Tragedy, The Lives of Sacco and Vanzetti, The Black Dahlia and J. Edgar Hoover: A Graphic Biography. "I think that for seniors who are fans of comics and popular culture in general, it's an exciting event, well worth attending.

"I enjoy the bustle and craziness of the Con, but it's always from the insulated vantage point of my table," he added. "If I was a regular attendee, there are certain corners of it that I would seek out, primarily the oddball, out-of-the-mainstream artists and the small, independent publishers. In such a huge venue, there is something for just about everybody... but personally, I doubt if I would last more than a day."

Phil Yeh, 63, who founded Cartoonists Across America, which uses art to promote literacy, and who has been busy in recent months painting a 400-foot mural on the walls of the McDonald's Museum in San Bernardino (at the site of the first McDonald's restaurant), was asked at the event if he would encourage seniors to attend the San Diego Comic-Con.

"I don't tell anyone to attend," said Yeh, who has been involved with the event since it was founded in 1970 as an opportunity for cartoonists to showcase their work. "I don't enjoy Comic-Con."

Instead, he tells people to attend the San Diego Comic Fest, which bills itself as "the friendly, intimate comic-con experience."

"We prefer Comic Fest because we don't have all those big booths and big stars – all those things that get in the way of comics and artists," said Yeh, whose comments just cancelled out those from Geary.

It seems that we are back at square one.

Some seniors may want to attend Comic-Con to learn what the comics they collected as a child are currently worth.

"The older people come to see us because they are ready to do something with their collection," said Ross Kearney, auction consultant with ComicLink Auctions & Exchange. "They may want to sell their collection to pay for a child's wedding or to take a vacation."

Many seniors, however, returned from college or war to find out that their mothers had trashed their beloved and now very valuable comic book collections. As a result, they might not want to be reminded of that trauma, so we are probably still back at square one.

The San Diego Comic-Con is a great place to reconnect with the characters you loved as a child – Superman, Batman, Captain America and Betty Boop. You might even see Snoopy in person at the Charles Schultz Museum, which has a booth every year.

And the folks dressed up as characters from their favorite movies, television shows, etc. are always fun to see – even if you don't recognize their characters. The Comic-Con is also a good opportunity to impress your grandchildren and become their "cool grandparent."

On the negative side, you should probably consider the expenses involved. Tickets for any of the three full days at Comic-Con are $63, which is high. Fortunately, the price is only $31 for those 60 and older.

If you are lucky enough to get a nearby hotel, the price will be much higher than usual. If you drive to the San Diego Convention Center for the day, you might wind up paying $50 for a parking place that is 15 blocks from the event.

Driving to an Amtrak station in Los Angeles or Orange County that allows you to catch the Surfrider to San Diego is a good idea, and you get a scenic ride along the beach. San Diego has a trolley system that takes you from its Amtrak Station to the Convention Center, and both Amtrak and the trolley have senior discounts. Unfortunately, both are especially crowded during Comic-Con. 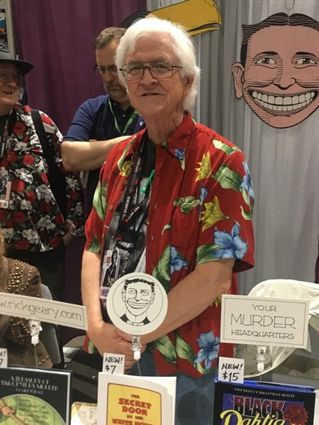 But to return to the subject of buying tickets for the event, that is probably the most challenging part of attending. Although the event has more than 170,000 attendees annually, thousands more are turned away because there is simply not enough room for everyone who wants to attend to comfortably attend. Tickets are sold online and sold out within an hour.

If you are not sure about being at the San Diego Comic-Con, perhaps you should consider attending a smaller gathering first. Most areas have an annual comic or pop culture celebration. Fresno has Zapp- Con, and there are Bakersfield, Modesto and Stockton comic-cons.

The Tulare Sci-Fi Con, which includes comic books, movies and even renaissance faire booths, is scheduled for April 7-8, 2018 at the International Agri-Center in Tulare.

As far as whether the San Diego Comic-Con is senior-friendly, I never did reach a conclusion... but personally, I hope to be there in 2018.