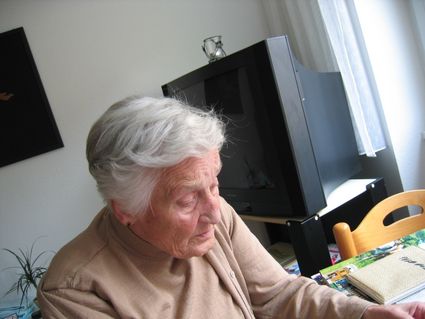 In an effort to reduce identity theft and fraud, the nation's 60 million Medicare enrollees will be receiving new cards next year, and are being warned to watch for an inevitable increase in scams that will undoubtedly follow.

While all current Medicare enrollees will also receive the new cards in the mail starting April 2018 to replace their existing cards, the timetable for implementing the new cards will start earlier.

"Any beneficiary that starts participating in Medicare after March 1, 2018, will receive the new card," said Dory Silveria, program manager for the Medicare Advocacy & Assistance Program for Tulare County Health and Human Services.

The card will have a unique new numbering system, consisting of letters and numbers, which will uniquely identify each Medicare beneficiary. Additionally, social security numbers currently used will no longer be printed on the cards, which has been a source of concern.

Personal identity theft affects a large and growing number of seniors. People age 65 or older are increasingly the victims of this type of crime. Incidents among seniors increased from 2.1 million to 2.6 million between 2012 and 2014, according to the most current statistics from the Department of Justice.

"You can't use (the new card) to open a line of credit, or with the utilities, or to get cell phones," Silveria said. "The new number will only be related to Medicare."

The interest in making the change came as a result of reports of fraud throughout the nation, including Tulare County.

"The Kings-Tulare HICAP has received reports of Medicare card identification theft," Silveria said. "We have reported cases of improper billing for medical equipment and services such as psychiatric care while in a skilled nursing facility, billing Medicare for durable medical equipment for items either never ordered, not received or improperly fitted, including hospital beds, diabetic shoes wrist, back and knee braces and power wheel chairs."

Healthcare providers and beneficiaries will both be able to use secure look up tools that will support quick access to the new numbers when they need them. There will also be a 21-month transition period when providers will be able to use either the old or new cards and numbers, further easing the transition. In the meantime, Silveria said the more than 90 categories of stakeholder agencies will be trained and educated about using the new system. Locally, Silveria's department will be conducting public education forums to inform consumers and answer questions.

While the new cards are designed to protect consumers from fraud and identity theft, Silveria said the nationwide campaign will undoubtedly be viewed by scammers as an opportunity.

"First, Medicare will never call beneficiaries on the phone," she said, adding that is one of the many methods scammers will use to deceive their victims. "They will only return a call initiated by the consumer."

A release from the California Senior Medicare Patrol said some scammers call beneficiaries claiming to be Medicare and say they must confirm their current Medicare numbers before sending them a new card. Others call saying there is a charge for the new card and are collecting beneficiaries' personal information.

"There is no charge for your new card and Medicare will never call you for your information," according to the release. "They already have it."

Phone calls aren't the only method scammers use. Email, regular postal mail and even door hangers have been used to deceive victims.

"Consumers are advised to carefully review mailings, letters, postcards, ads left on their front doors, or anyone asking to see their card, for suspicious marketing," she said. "Medicare will not go door-to-door. They will not call consumers at home about the new cards. Medicare will not charge for the new cards. Consumers should not mail their old cards or money to anyone. They can protect themselves further by not giving their Medicare cards, old or new, to anyone other than trusted caregivers, medical providers, SSA or HICAP offices."

If a beneficiary is concerned they might be the victim of a scam, or simply want to verify if something they receive in the mail about Medicare is legitimate, they can call the local office at 559-623-0199 or the national hotline at 800-434-0222. Suspicious activities may be turned over to the Senior Medicare Patrol fraud project located in Orange County. Reports are reviewed and forwarded to the Department of Justice for possible investigation.

"We also advise consumers to contact their local police departments and DA's office," she said.