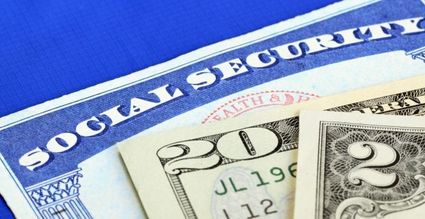 America's Social Security system appears to be holding to the old adage - If at first you don't succeed, try, try again.

Last August, the Social Security Administration implemented a two-factor authentication system designed to reduce the chance of identity theft for those who access their benefit information online. However, about two weeks after requiring beneficiaries to start entering a security code sent to a cell phone when they tried to log into their accounts, the program was abruptly scraped after the agency received complaints some consumers were locked out of their accounts due to not having text-enabled cell phones or unreliable cell service.

"Our aggressive implementation inconvenienced or restricted access to some of our account holders," Social Security spokeswoman Dorothy Clark was quoted in AARP magazine at the time. "We are listening to the public's concerns and are responding by temporarily rolling back this mandate." She said the agency strongly recommended the use of the texting measure for added security.

On June 10 of this year two-factor authentication returned, this time as a requirement for beneficiaries to access account information online, through use of either via a message sent to cell phones or a code sent to their email accounts.

The change is a part of the government's broader efforts to increase online security considering the number of recent hacks into government and commercial websites that have compromised millions of Americans. However, despite the change, the new system is not anticipated to be as secure as with the cellphone only method, since many people tend to use the same password for their email as they do for other online accounts. Cyber intruders who successfully hack into a beneficiary's email account might then be able to then gain unauthorized access to the account. Computer experts agree that using a unique password for email accounts that is different from passwords used for other online access would add a layer of protection.

Locally, Social Security representatives didn't indicate whether the new system was creating any consumer backlash similar to what happened nationally last summer, or for that matter received any kudos for the latest change, from area beneficiaries.

Current retirees can use online Social Security accounts to check their benefit and payment information, and to start or change direct-deposit arrangements. The website can be even more useful to people in their working years, by providing Social Security statements showing a user's earnings history and projected benefits. That statement can be a key resource in deciding when to start benefits-and because of budgetary pressures, the agency now mails those statements to far fewer people than it used to.