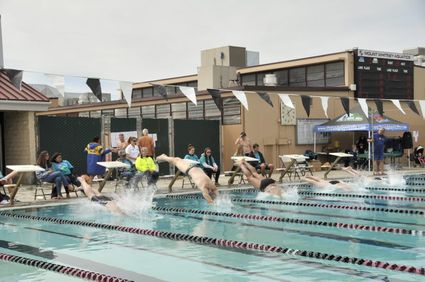 The 2017 Visalia Senior Games exceeded expectations with 505 athletes competing in various locations in Visalia over two weekends in March.

The ten oldest athletes ranged in age from 82 to 95, with bowler Donald Welton of Visalia being the most senior of all the participants.

"This year's games were a huge success and we are very excited to see how the games have more than doubled in the amount of athletes since the first event in 2015," said Jeannie Greenwood, director of Visalia Parks & Recreation.

"Our goal was 300 to 350 athletes so we exceeded our expectations," said Maggie Kalar, recreation supervisor with Visalia Parks & Recreation. "Pickleball was very popular with 108 participants. Second was softball with 101 participants.

The only sports that were cancelled this year were volleyball and soccer.

"We did not get enough registered teams," Kalar explained. "We are, however, going ahead with soccer again next year."

She added that she hopes to also bring back volleyball at some point.

"The socials went very well also," she said. "We had a lot of feedback that the athletes appreciated having a break from competition and having an opportunity to socialize with locals and people from outside of the area."

The main difference between this year's games and the inaugural games of 2015 is that this year, the games were scheduled over two weekends, something that Visalia Parks & Rec is not looking to change, according to Kalar. 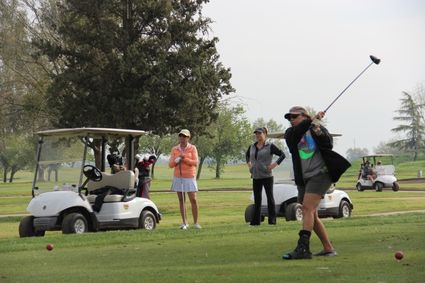 "We are tentatively looking at March 10-11 and 17-18 of 2018," she said about next year's Visalia Senior Games. "We're looking to bring back the same events. We received a lot of feedback from our swimmers who were looking forward to bringing their fellow competitors back with them next time.

"We're looking forward to working with our community and our committee members next year to make this an even bigger and better event."

Kalar wanted to thank all of the sponsors, especially "Silver Sponsor" Kaweah Delta, as well as the 71 registered volunteers who assisted the committee members to put on this year's games.

Event standings and photos will be posted at http://www.visaliaseniorgames.com. For more information, or to be added to the mailing list for the 2018 Visalia Senior Games, contact the Visalia Parks and Recreation Department at (559) 713-4365 or recreation@visalia.city.

(All photos for this article courtesy of the Visalia Parks and Recreation Department.)