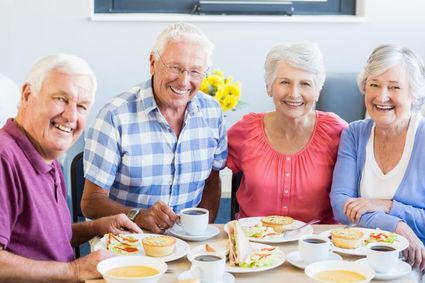 Americans are now living longer than ever before. In fact, one of the fastest growing segments is people over the age of 85, who will represent 20% of the population by the year 2040. Because we are living longer, certain conditions specific to seniors are also on a steady rise. Dehydration, falls, fractures, cognition loss and attention deficits are now becoming more commonplace.

In a recent paper titled Salt Appetite Across Generations, presented at a medical conference in Switzerland, Israeli researchers from the University of Haifa indicated that among seniors, a reduced sense of thirst could increase the increased risk of serious dehydration. They also noted that the appetite for salt does not diminish with age, and suggested that this could be used to help sustain hydration and prevent the dangerous symptoms that result from dehydration.

Another study published in the American Journal of Hypertension identified significant risks to cardiovascular health and longevity from consuming any less than 1, or more than 3 teaspoons of salt per day. Fortunately, most Americans, including seniors, when left to their own choice consume right in the middle of this range.

Seniors in assisted living centers can be especially susceptible to the dangers of low salt diets. In 2013, a task force of professional medical, nursing and nutritional organizations published New Dining Practice Standards. The report concluded that low salt diets were contributing to malnutrition and weight loss among a significant percentage of seniors in assisted living facilities.

Low salt diets can also cause seniors to suffer from mild hyponatremia, an electrolyte imbalance in the blood which may not sound bad but can lead directly to walking impairment, attention deficits and a much higher frequency of falls. Several recent medical papers found a direct relationship between hyponatremia and unsteadiness, falls, bone fractures and attention deficits.