Meet G-POP from Kochi-ke ALL STARS 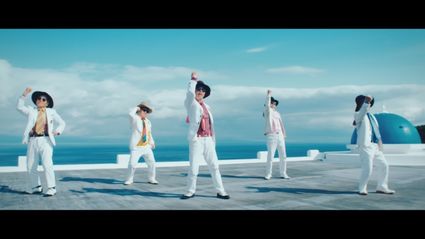 G-POP from Kochi-ke ALL STARS

G-POP from Kochi-ke ALL STARS is similar to a lot of American boy bands, except that this group is made up of five Japanese men with an average age of 68.

The group, which formed in February 2016, comes from from Kochi prefecture, an area that has the second highest percentage of seniors in Japan.

Their first single, "Banzai Old Age!," has more than a half million views on YouTube. The group's popularity is not just from fans in Japan, but around the world in places such as France, Mexico, Thailand and South Korea. They have created a new genre of Japanese pop called G-POP and it has become a hot topic on Japanese television and social media.

G-POP from Kochi-ke ALL STARS members are described by their record label as "ordinary grandpas usually working as fishermen or Bamboo Union heads, (who) challenge to make it to the world in order to express how splendid it is to age and live positive every second."

We are G-POP from Japan

This is my heaven

How old are you?

I was strong I was fast

No No No No

We are G-POP from Japan

Can not speak English

Sky is blue, Donʼt be afraid

Throw your phone into the sea

When was my first kiss

I totally forgot it