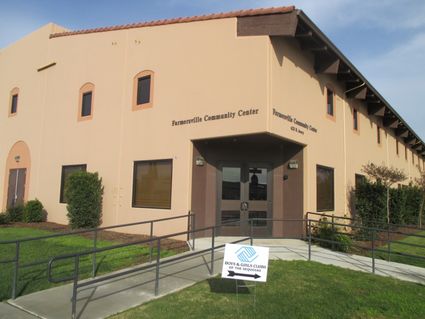 The City of Farmersville will run its new grant-funded senior programs through the Farmersville Community Center.

On January 23, the Farmersville City Council decided how to use the $150,000 Community Development Block Grant (CDBG) the city was awarded to help pay for senior services over the next two years.

Although the city already has a senior center, seniors there wanted nothing to do with the grant money because it meant allowing CSET (Community Services Employment Training) to run their center and serve pre-packaged meals instead of the home-cooked meals they currently enjoy.

The approved agreement will allow CSET to offer services through the Farmersville Community Center. Services will include: a lunch program providing well balanced meals and diabetes management support; shelter for seniors from extreme summertime heat; and social interaction to combat and prevent senior clinical depression through art programs, quilting and computer classes.

Nutrition programs and other services are CSET's main goals, according to Albert Cendejas, CSET's assistant director for community initiatives. "That's what we're there for," he said, "to support our seniors."

CSET, which has been serving Tulare County for more than 40 years, was approached by the city to handle the complex sub-recipient agreement part of the CDBG grant.

The city council's decision was not unanimous, however. Council Member Leonel Benavides voted against the agreement.

"The money we got from the grant was originally for the senior center," he said. "The money wasn't meant to go to other centers. How (is the Farmersville Senior Center) going to survive?"

"I hope that seniors at the (senior) center will see that it adds to what seniors in the community can benefit from," said Mayor Paul Boyer before the decision. "For whatever reason, they're not all taking advantage of the senior center now."