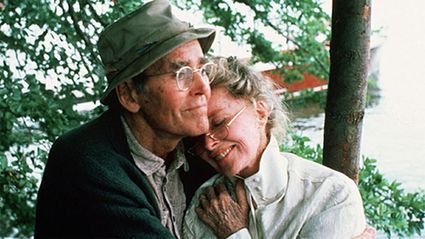 Quality roles for seniors in top Hollywood movies such as "On Golden Pond," starring Henry Fonda and Katherine Hepburn, are more and more scarce these days.

New research finds that characters aged 60 and over continue to be under and misrepresented in Hollywood's most critically acclaimed films. Findings were uncovered through an ongoing partnership between health and well-being company Humana Inc. and the Media, Diversity, & Social Change Initiative at University of Southern California's (USC) Annenberg School for Communication and Journalism. A separate but growing body of evidence exploring ageism suggests there are consequences to stereotypes of aging Americans - including potential negative health impacts.

Led by Dr. Stacy L. Smith, USC's study analyzed 1,256 speaking or named characters in the 25 best picture-nominated films in 2014, 2015 and 2016, to assess the portrayal of characters aged 60 and over. In tandem, Humana analyzed its own quantitative survey data on the attributes considered most important for aging Americans. One theme that emerged from the Humana data was the perceived importance of feeling optimistic, valued or recognized. If seniors aren't accurately portrayed onscreen, might it impact their well-being in real life?

A deeper analysis of the findings shows:

Even in the most critically acclaimed films, aging characters are underrepresented and stereotypically portrayed.

Six of the 14 films that featured a leading or supporting aging character contained ageist comments. Examples of these comments include "mentally feeble, sick old ladies" and "...just sit here and let Alzheimer's run its course" – revealing that even critically acclaimed films misrepresent what it means to be a senior citizen.

There are inherent consequences to these stereotyped portrayals of aging Americans – including not feeling valued as a member of society and a potentially negative impact on health.

Humana's quantitative survey segmented seniors aged 60 and over by those who feel most valued, which was defined as being positively recognized and appreciated by family, friends and society.

Regardless of their health, most seniors agreed that film industry portrayals of their age group were inaccurate.

"The outcry over the lack of diversity at Hollywood's premier award show has failed to recognize the value of senior voices on screen," said Dr. Stacy L. Smith, director of the Media, Diversity & Social Change Initiative at USC's Annenberg School of Communication and Journalism. "While 2016 best picture-nominated films are more diverse when it comes to gender and some racial and ethnic groups, ageism is still an accepted form of exclusion in cinematic storytelling."

Dr. Yolangel Hernandez Suarez, vice president and chief medical officer of care delivery at Humana, shared her own thoughts on the subject.

"Clearly, there's more work to be done before we can say precisely how inaccurate media portrayals impact self-image in seniors, from their sense of being valued to their sense of optimism, but what really concerns me as a physician is how a diminished sense of self-worth can, in turn, impact a senior's health," she said. "In our survey, we showed that aging Americans who report feeling more valued in society tend to have more healthy days. At Humana, we believe aging with optimism contributes to health, and that's why we're committed to reversing societal perceptions and promoting aging with optimism."

Key findings surrounding both studies were showcased at "Over Sixty, Underestimated: A Look at Aging on the 'Silver' Screen in Best Picture-Nominated Films," a discussion at the University of Southern California on Feb. 16.

The event featured both Drs. Hernandez Suarez and Smith, joined by Dr. Caroline Cicero professor at USC Leonard Davis School of Gerontology, and Gary Lucchesi, president of the Producers Guild of America and president of Lakeshore Entertainment.