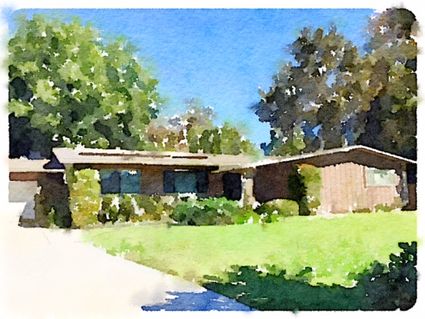 The Open Arms House in Visalia

Hospice care is a compassionate and team-oriented approach to medical care for the terminally ill. A hospice house, such as the Open Arms House that will open in Visalia in 2017, is as close to home as possible while still supplying the necessary round-the-clock care.

"Most hospice houses are operated by a single hospice agency and they have a license like a skilled nursing agency," said Open Arms House Board President Carol Nickel. "They cost millions of dollars to build and millions to operate."

Even so, several members of Kaweah Delta Hospice Foundation Board decided to start a separate organization to open a hospice house in Visalia.

After looking at hospice houses in both northern and southern California to see how they operated, the Open Arms House board members finally found the kind of hospice house that they were looking for near Santa Barbara.

"They came back and said, 'We're going to do this,'" said Nickel.

Board Member Angela Biscotti explained how everything started happening quickly.

"It's called a higher power," she said. "We've had divine intervention this whole journey."

In January, the board filed as a 501c3 nonprofit and started raising money.

"In February, we asked the Kaweah Delta Hospice Foundation Board to change its bylaws to give money (to Open Arms House)," said Biscotti.

A realtor told them about a house about to come on the market that might fit their needs. Unfortunately, when a few board members visited, they saw that the house was split level and had a pool.

"It was going to be a challenge to remodel," said Nickel, who added that there was a house right across the street at 3234 W. Iris Court in Visalia with a 'for sale' sign. "We walked in and said, 'This is it!' We opened escrow in April and it closed in May."

The board held an open house in early June to announce its new location. The neighbors in its residential area were supportive of the new facility.

"The day before we had the open house, I took a brochure to every house in the neighborhood," said Board Member Merrilyn Brady. "Without exception, everyone who was home was thrilled that this was coming to the neighborhood."

She wanted to name the hospice house for Ruth Wood, who was a friend of hers.

"If we were open, Ruth would never have had to spend a night in a hospital," said Nickel. "Gathering around a hospital bed is not good for the family."

About $170,000 has been raised for Open Arms House, but the fundraising and other efforts continue.

"We have a lot of work to do," said Nickel. "The work is just beginning."

Architect Larry Lewis has drawn up plans to remodel the house, adding three bedrooms, converting the garage and adding a circular driveway. Plans have been approved by the city and contracts have gone out to bid. Construction may start by the end of November.

"Sustaining the home is the real challenge," said Nickel. "We are estimating costs at $300,000 a year. Fortunately, we don't have to pay rent, but we still need community support."

The cost to stay at the house will be $150 a day, which will be paid by the guests' families. "But if they cannot pay, we will provide the care," said Nickel. "We won't turn anyone away."

The board expects to bring in medical residents to train them in hospice care, a valuable way to learn about end-of-life care. 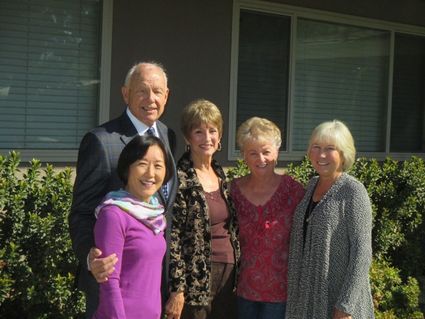 Open Arms House will have six beds and be available to all five of the hospice agencies in Tulare and Kings counties, according to Nickel.

"One of the requirements to become a hospice patient is that you have a caregiver, someone has to sign that 'I will take care of the person until the day they die," she said.

"When you can't function without the 24/7 care, that's where the home comes in," said Nickel.

"We could be opening our doors, accepting guests sometime in the early spring," said Nickel. "We will be renamed the Ruth Wood Open Arms House and we will have an open house event."