$150,000 Grant for Seniors at Risk in Farmersville 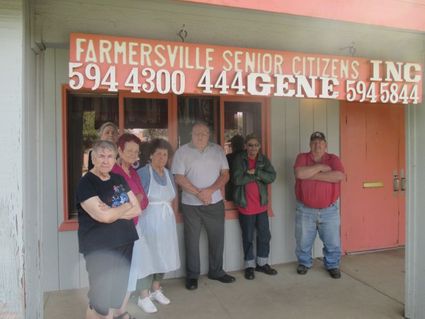 People at the Farmersville Senior Center said "no" to CSET.

The State of California recently approved a Community Development Block Grant (CDBG) for the City of Farmersville that includes $150,000 for senior services for two years. About $140,000 is for "activity delivery" and about $10,000 for administration, according to Farmersville Mayor Paul Boyer.

Seniors at the Farmersville Senior Center, however, don't want the money if it means allowing CSET to run their center.

CSET (Community Services Employment Training) has been serving Tulare County for more than 40 years, providing such services as meals to senior centers across the county. CSET was approached by the city to handle the $150,000 sub-recipient agreement part of the CDBG grant.

"It's pretty complex," said Boyer about the sub-recipient agreement. "It's difficult for a senior center to find someone who knows all the details, and be able to pass the audit and not have to pay back the money. Being a sub-recipient means you have to have grant experience or have CSET operate things."

Even so, the more active and vocal people at the Farmersville Senior Center want no part of CSET.

"The main reason is they wouldn't keep Virginia on," said one senior about Virginia Wakefield, who has been handling cooking, bookkeeping and shopping responsibilities at the center for several years. Her cornbred chicken and dumplings with pinto beans and fried potatoes are a favorite at the center.

"They were going to close the place down so I told them I would volunteer for a month," said Wakefield, who has been kept on for the past several years as a result of funding from AARP and other organizations.

"If something happened to Virginia, who would take her place?" asked one woman at the center. "Who could do it?"

Another issue Farmersville seniors have is that as a way to introduce its lunch services, CSET brought in "food from Fresno that you had to microwave," according to one senior. "They brought a sample but no one liked it."

Some of the members of the Farmersville Senior Center Board of Directors shared their negative personal experiences with CSET at their October 11 meeting. They also gave their opinion of the city's consideration of working with CSET to establish programs at the Farmersville Boys and Girls Club.

"We're not going over there," said Wakefield. "When this (senior center) closes down, it closes down."

"We're out of it," said Don Mason. If you want me to give it my blessing, I won't. This is our center. Let's keep this center for as long as we can do it."

Later at the board meeting, Mason said that the center initially tried to work with CSET.

"We voted for a 90-day trial with CSET and there were three people from CSET at the meeting," he said. "They said we could have a trial but they went back to their boss and he said no."

Mason admitted that the three CSET representatives didn't receive a warm welcome from some of the seniors at that meeting. "A few of them got pretty loud," he said.

One commented at that meeting about the salisbury steak lunch that CSET served at the center. "If I wanted a frozen Hungry Man meal, I'd have taken one out of my freezer."

On August 8, CSET Executive Director Mary Alice Escarsega-Fechner wrote a letter to Farmersville City Manager John Jansons stating, "After deep reflection and careful consideration, I must request that CSET be allowed to withdraw from the CDBG contract. We cannot in good conscience accept this contract from the Senior Center site, given the lack of support from community leadership and residents." 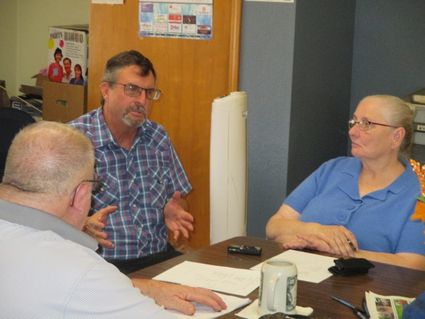 "For us, it's not about, 'We'll do it for three months,'" said Escarsega-Fechner in a phone interview. "When you take on something, you've got to give it 110%. That's our goal. We want to be supportive but we also want to make sure we're welcome. We're not there to compete (with other agencies).

"We want to support whatever their wishes are for their community," she added.

As far as what happens next, the city has three options, according to Boyer. It can try to work with CSET to help the senior center; it can work with the Boys and Girls Club to develop programs for seniors; or it can give the money back.

"If we can work with CSET to get a successful program that gets seniors involved who haven't been involved before, maybe we can bring the two programs together," said Boyer. "That's my hope."