Why Sleep Apnea is Bad for Your Health 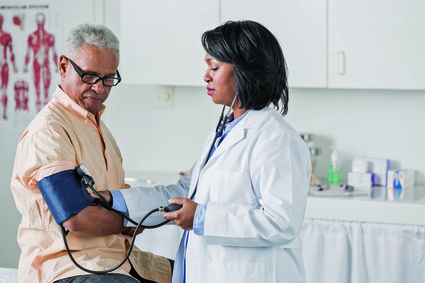 A poor night's sleep can leave you feeling exhausted and cranky, but long-term sleep disruption can actually lead to serious health conditions. Not only is sleep apnea a leading cause of disrupted sleep and daytime sleepiness, but this disease is also a contributing factor to a host of medical problems.

According to the American Academy of Dental Sleep Medicine (AADSM), approximately 25 million adults in the United States suffer from obstructive sleep apnea. This breathing disorder causes you to snore loudly and stop breathing up to hundreds of times a night for anywhere from 10 seconds to more than a minute.

Despite the prevalence of sleep apnea, many don't realize they have it. Others are unable to tolerate a continuous positive airway pressure (CPAP) machine and mask, which is the most common treatment for sleep apnea. However, an effective alternative treatment for sleep apnea is a custom-fit oral appliance provided by a qualified dentist. Treating sleep apnea can lead to better rest and ease your risk of developing these five serious health complications:

2. Heart Disease – Heart disease is a common affliction for those with sleep apnea, according to a study from the University of Wisconsin. The same study showed that the risk of dying from heart disease may increase by as much as five times among those who have untreated, severe sleep apnea.

4. Diabetes – Up to 83 percent of Type 2 diabetes patients have sleep apnea and are not even aware of it, according to research published on "Frontiers in Neurology." Recent medical research suggests that glucose control weakens as the severity of a patient's sleep apnea increases.

5. Stroke – The risk for stroke also rises with untreated sleep apnea, according to research published in "The American Journal of Medicine." The study shows that the risk rises even if the patient has no other stroke risk factors. Obstructive sleep apnea also is frequently found among those who have already suffered a stroke.

Talk with your doctor if you suspect that you or a loved one may be suffering from sleep apnea. Common warning signs include snoring, choking and gasping during sleep. If diagnosed, a routine of consistent, nightly treatment, such as CPAP therapy or oral appliance therapy, is the best way to manage sleep apnea and reduce the risk of developing serious health complications. Provided by an AADSM member dentist, oral appliance therapy is often easier to use on a regular basis for many patients. For a local dentist offering oral appliance therapy, visit LocalSleepDentist.org.