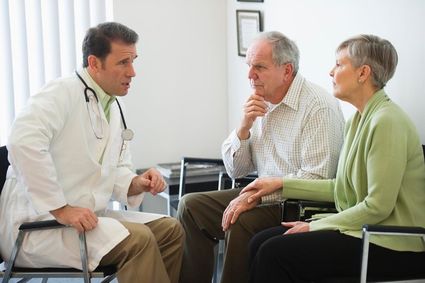 Did you know that you could be slowly getting sicker with artery blockage, even if you are symptom-free and not diagnosed with heart disease?

Your gender, age and whether you have diabetes all affect the prevalence of certain kinds of peripheral vascular disease, which is a condition that affects the blood vessels, according to a new study led by researchers at New York University Langone Medical Center. This study analyzed data from 3.6 million patients who were screened by Life Line Screening.

This insight could help doctors have a better understanding of who is at risk for which diseases.

Younger Women: Peripheral Artery Disease: Peripheral artery disease is a narrowing of the blood vessels to the limbs, especially the lower limbs, caused by an increase of fatty deposits in the arterial walls. Most patients describe numbness or pain in the calf, hip, thigh or buttock, but up to 40% of people who are diagnosed do not feel any symptoms. Though often associated with older age groups, the NYU study found a distinction in younger age groups: the disease is actually more prevalent in younger women than younger men to a dramatic degree. Screening for peripheral artery disease can be as simple as comparing blood pressure in your ankle as your arm, known as an ankle brachial index.

Older Men: Carotid Artery Stenosis: A narrowing of the arteries that carries blood to the brain is known as carotid artery stenosis, usually caused by an increase of fatty deposits. Most commonly, symptoms are not apparent until the patient has a stroke. The NYU study found a more pronounced and higher prevalence of this blockage in older men than in older women. If a patient does opt for screening, a non-invasive method is recommended, such as one offered by Life Line Screening, which uses ultrasound to visualize the arteries.

Men and Women: Abdominal Aortic Aneurysms: The aorta is a major blood supply line to your body, running from your heart to your abdomen. When an aneurysm occurs, an area in this vital artery become enlarged and could eventually grow and rupture. These ruptures are serious, as they are life threatening and difficult to operate on. Causes are not known, but researchers have found a correlation with tobacco use, a hardening of the arteries and high blood pressure. Most people are unaware of having this condition, but a major symptom is a feeling of pulsation from the navel. According to the NYU study, prevalence of abdominal aortic aneurysms was similar across all age groups. Annual screening can be done with a simple ultrasound.

Diabetes Patients: Peripheral Vascular Disease: People with diabetes are often screened for heart disease, just because of the great risk factors present in these patients. But the NYU study results indicate that doctors might want to consider the onset of peripheral vascular disease in their diabetes patients as well. Patients with diabetes were at a very high risk of developing peripheral vascular disease in the lower extremities or the carotid artery - even if they were not diagnosed with heart disease, according to the study.

Future study is needed to see if screening could lead to better health for diabetes patients, according to senior investigator Dr. Jeffrey S. Berger, an associate professor in the Leon H. Charney Division of Cardiology at NYU Langone.

"We know that if you have carotid artery stenosis, you're at an increased risk for stroke, and we know that if you have lower extremity arterial disease, you're at increased risk for significant impairment in your daily activities like walking, and even amputation," he said. "What these studies show is the power of large data sets to provide insight into the prevalence of and risk factors for cardiovascular disease."