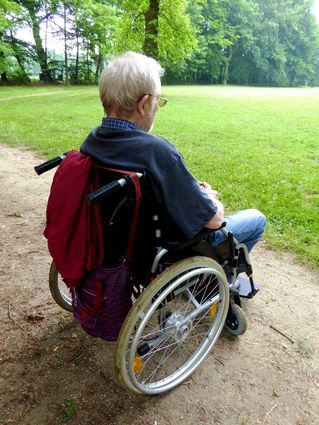 It is estimated that only one in five cases of elder abuse is reported.

The Tulare County Board of Supervisors approved a request by the Tulare County District Attorney's Office to allow it to accept grant funding in the amount of $400,000 for a new Elder Abuse Program. The two-year funding from the California Governor's Office of Emergency Services allows the county to hire victim witness workers.

"The grant allows for two full-time employees to get in their cars and go throughout Tulare County," said Chief Deputy District Attorney Dan Underwood about the new staff members who will be following up on reports of elder abuse.

The two will perform community outreach, work with Tulare County Health & Human Services/Adult Protective Services to serve victims, and provide support to elder and dependent adult crime victims. They will be involved in such areas as crisis intervention, court support, case status and updates, assistance in filing for victim's benefits, and helping orient victims to the criminal justice system.

"We know that cases are out there," said Underwood. "Our one prosecutor is kept pretty busy. We have some employees in our office who are very strong advocates that many of the cases that occur in our county are not reported, and when they are reported, it's hard to prove intent."

The money will also cover training and operational expenses, in addition to raising awareness in the community about this problem.

"That's the goal, to educate the community on what constitutes elder abuse," said Underwood.

The proposal presented to supervisors defined elder abuse as "neglect, financial exploitation, physical abuse, sexual abuse or emotional abuse of an individual aged 65 or older. In over half of elder abuse cases in Tulare County, the crime is committed by a son, daughter or other relative. Many times, seniors will deny victimization to protect those family members. In fact, the National Center on Elder Abuse estimates that only one in five cases are reported."

Law enforcement looks at elder abuse as being in one of two main categories.

"It can be either physical or financial," said Underwood. "The physical can be anything from battery up to a homicide on an elderly person. The financial is theft, embezzlement or any type of theft by false pretenses. It runs the gamut, but it's specifically to an elderly person."

In addition to the $400,000 from the state, the department will add $100,000 in matching funds to the program. The county contribution will come from its general fund.