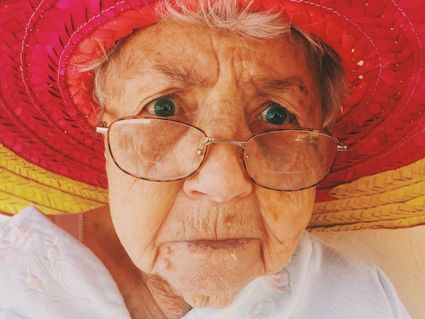 Managing your emotions around financial decisions is critical to avoiding fraud.

Financial fraudsters often attempt to evoke strong emotions in their victims to convince them to hand over money, and seniors may be particularly vulnerable to the effects of heightened emotions on decision making.

With funding and research participation from the AARP Fraud Watch Network and the FINRA Investor Education Foundation, psychologists at Stanford University found that inducing emotions in older adults increased their intention to buy falsely advertised items.

The research team – Ian Gotlib, Ph.D., Katharina Kircanski, Ph.D., and Nanna Notthoff, Ph.D. – examined whether inducing excitement and anger increases susceptibility to fraud in older adults (ages 65-85) and younger adults (ages 30-40). The team used a laboratory task to induce participants to exhibit excitement or anger; a control group was not induced to exhibit any particular emotion. Participants then viewed eight different advertisements that had been designated by the Federal Trade Commission as misleading. For each one, participants were asked to rate the believability of the content and the likelihood that they would purchase it if cost were not a consideration.

"This research is a major advance in our understanding of how fraud works," said Gerri Walsh, president of the FINRA Investor Education Foundation. "Recognizing the mechanisms of scams helps investors to protect themselves. Money is emotional, and managing your emotions around financial decisions is critical to avoiding fraud."

"Whether the con artist tries to get you caught up in the excitement of potential riches or angry at the thought of past and future losses, the research shows their central tactic is the same and just as effective," said Dr. Shadel, research lead for AARP's Fraud Watch Network. "Cons are skilled at getting their victims in to a heightened emotional state where you suspend rational thinking and willingly hand over your hard earned money to a crook."

AARP is a nonprofit, nonpartisan organization with a membership of nearly 38 million, and staffed offices in all 50 states, the District of Columbia, Puerto Rico and the U.S. Virgin Islands. AARP works to strengthen communities and promote the issues that matter most to families such as healthcare security, financial security and personal fulfillment.

The FINRA Investor Education Foundation provides underserved Americans with the knowledge, skills and tools necessary for financial success throughout life. Established in 2003, the foundation supports innovative research and educational projects aimed at segments of the investing public that can benefit from additional resources.