Heart of Seniors Luncheon and Resource Fair Set for Feb. 11 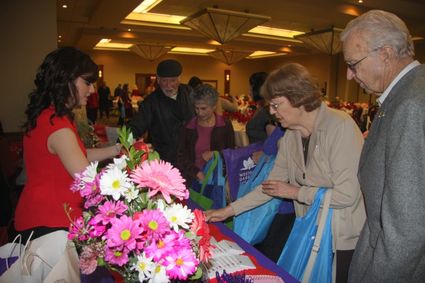 The Heart of Seniors Luncheon features a vital resource fair and vendors.

The Third Annual Heart of Seniors "Resources & Rejuvenation for the Caregiver" Luncheon, hosted by Senior Care Organization, will be held on Thursday, February 11, from 9:30 a.m. to 2 p.m. at the Wyndham Hotel, 9000 W. Airport Dr., Visalia.

"Resources & Rejuvenation for the Caregiver" includes a vital resource fair and vendors, a clothing-appropriate fashion show and a filling lunch. The resource fair opens at 9:30 a.m. with the program starting at 11 a.m. Tickets are available for $10 per person. Early registration is recommended as seating is limited and the event is expected to sell out.

The program, which starts with the latest in fashion for the mature woman, will feature a keynote address by Jewel Diamond Taylor, a very powerful and sought-after celebrity motivational speaker with extensive experience in motivating and empowering both men and women. Jewel is committed to helping others succeed. She offers candid, practical, viable solutions, all while leaving a lasting impression of hope for the future. She will give a special address to caregivers who will be present.

To purchase tickets for the luncheon or for more information, call (559) 625-3822 or stop by a sponsor location. For online information or to print a copy of the registration form, visit http://www.facebook.com/Senior-Care-Organization.

Taylor to Make Keynote Speech at Heart of Seniors Luncheon 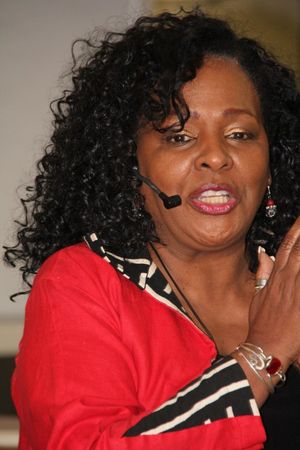 Jewel Diamond Taylor's list of accomplishments is long and illustrious. Her life has also been marked by personal loss and pain. She will draw from all of her experiences for her keynote speech at the Heart of Seniors Luncheon on February 11 at Visalia's Wyndham Hotel.

She was asked about her qualifications to speak to an audience of seniors.

“Well, for one, I've got my card,” she said laughing, referring to her Medicare card. But the 65-year-old Taylor brings much more than that to her presentation.

After seven years of working as a human resource executive in the aerospace industry, Taylor began attending motivational seminars and became energized. She was captivated by the ability of a speaker to help others and decided on a new career path – motivational speaker and life coach.

She also saw an opportunity to make an impact in her new career.

“I saw males, but no females,” she said. “I got excited about the empowerment and transformation, about people getting into the driver's seat of their lives and taking control. That's when I had an 'ah-ha' moment and said this is what I was put on this earth to do. So I just took a leap of faith.”

Taylor estimates that she had 15 to 20 local speaking engagements in her first year. Today, 30 years later, she addresses audiences across the United States as well as around the world. She has made presentations at the Pentagon, NASA, the Los Angeles Urban League and the Environmental Protection Agency, as well as at several colleges. In addition to seven books, Taylor's articles have appeared in such magazines as JET and Essence.

While her career has focused on uplifting others, Taylor's personal life has twice experienced loss and grief, first when her mother died of breast cancer, then again two years ago when her son, John Taylor Jr., died just six weeks after being diagnosed with cancer. Taylor, who studied psychology at California State Dominguez Hills, is also an ordained pastor. She dug deep into those resources to help her get through the grief following her son's death.

“I realized how important it is to stay connected,” she said. “And it's made me more sensitive in speaking with people about how to cope and to have emotional wellness, especially people who are older. By staying connected and helping people, I was able to draw on those 'investments' in other people. I had a return.”

Taylor, who says that most of her audiences tend to be over age 50, plans to help those in attendance at the February event with the challenges of being older. “They become more lethargic or overwhelmed, and can become disconnected with their families or friends,” she said. “And they tend to not have anything to do with social media, so then they're really isolated.

“But it's more about mindset, not about age,” she added. “Sometimes my challenge as a speaker is to give them that spark. Until we can emotionalize it, we'll never do it. They aren't this used up old person with no more significance. They have a lot to offer. They need to change how they see themselves.”

The Heart of Seniors, a Senior Care Organization event, begins at 9:30 a.m. at the Wyndham Hotel (formerly the Holiday Inn). Admission is $10, which includes lunch. The event is sponsored by Kaweah Delta Home Care Services, along with Kast & Company Communications, which publishes The Good Life.