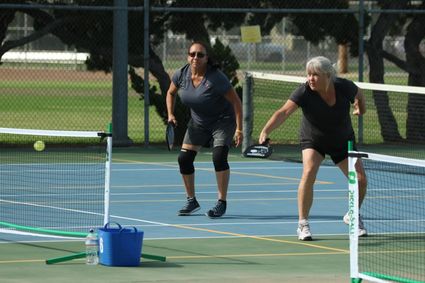 Once again, the City of Visalia Parks and Recreation Department will include a variety of sports activities among its busy spring schedule for seniors.

"What we're doing differently this year is gearing up our sports program to those 50+," said Recreation Supervisor Jason Glick. "We picked three sports: men's and women's softball, women's volleyball, and men's and women's soccer. These sports have been offered before, but we have not offered them specifically for those 50+."

Softball will be slow pitch with 10 players on each team. Volleyball teams will each have six players, and soccer, which will be played on a field about half the size of regulation, will have teams of seven.

The department has an ulterior motive for offering these sports exclusively for seniors.

"What we're trying to do is build a database for the 2017 Senior Games," Glick said, referring to the big event the city is tentatively planning for the last two weekends in April 2017. The city's inaugural Senior Games held in October exceeded expectations by attracting athletes from 50 California cities, as well as some from as far as Oregon and Texas.

"We wanted to move the event from the fall to the spring," said Recreation Manager Jeannie Greenwood, explaining that move is to avoid competing with the World Games, which are always held in St. George, Utah, in the fall. 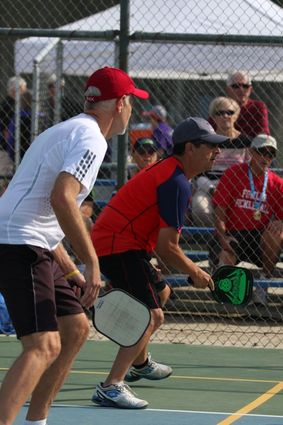 Visalia Parks and Recreation is also planning to host the Central Valley Pickleball Tournament at the Tennis Complex at Plaza Park over the April 29 – May 1 weekend. The event is a response to its popularity in the city's Senior Games, according to Glick. "Pickleball had the best turnout of all of the competitions."

The double-elimination tournament will consist of the best two-out-of-three games (each to 11 points) in the men's singles, women's singles, men's doubles, women's doubles and mixed doubles events. All participants will receive an event shirt, and medals will be presented to the top three players in each age division: under 50, 50-54, 55-59, 60-64, 65-69 and 70+.

Volunteers are needed to help set up before the tournament and to take things down after.