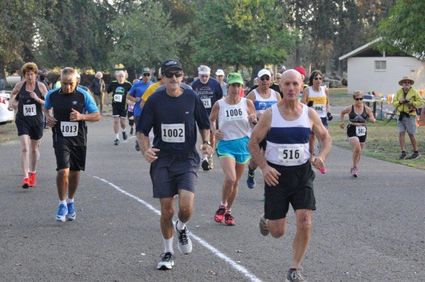 Last month, athletes from 50 California cities competed in the first Senior Games ever held in the Central Valley. A total of 237 athletes participated, including some traveling from as far as Oregon and Texas.

The inaugural Visalia Senior Games started on Wednesday, October 21, with a resource fair and opening ceremonies at Riverway Sports Park, which included a parade of athletes and a tri-tip dinner. Over the following four days, 68 competitions were held in nine sports.

"This event was made possible because of the support we received across the community, from our 30-plus-member planning task force to the number of sponsors who contributed," said Jeannie Greenwood, City of Visalia Parks and Recreation Department recreation manager. "A special thank you to our presenting sponsor, Kaweah Delta Health Care District, for their understanding of the importance of staying active and healthy.

"We had 103 registered volunteers who worked 560 hours," she added. "They were incredible. For what we did this year, we had enough volunteers, but we need more (for the next Senior Games) because we want to expand."

And plans to expand and improve the next Senior Games are already in the works. The committee received more than 50 emails about what events seniors want to see offered. The most popular suggestion was track and field.

"If we can pull together the facility and the resources, we will have track and field," she said. "If we can at least start off with core events, we can build the event." Those core events would most likely include sprints, a long jump, a triple jump, discus and a shotput.

Another suggestion was swimming, with specific events being 50-meter and 100-meter freestyle, butterfly and backstroke races.

"Women's soccer and women's volleyball were also very popular at the Pasadena and San Diego games this year," said Greenwood.

As is the case with every large event in its inaugural year, the committee gained valuable insights about how to make the event even better in the future.

"I think we learned about the events to offer," she said. "We scheduled singles tennis thinking it was easier, but most seniors don't play singles. It would have been better had we offered doubles tennis rather than singles. We also had women's tennis and table tennis scheduled for the same day. We will try to move those around.

"We scheduled softball on weekdays and a lot of seniors work," she continued, adding that events that have the potential to draw more people would be scheduled on weekends in the future.

The Huntsman World Senior Games in Utah, the national senior games, were held earlier in October, she noted. "We feel that impacted our attendance to some extent." 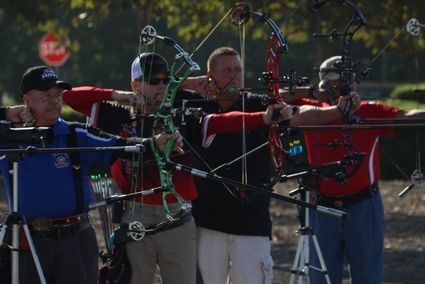 "One of the things that we are going to do is a pickleball tournament in the spring to keep some momentum going," said Greenwood.

And there is a consensus that the inaugural Visalia Senior Games were successful enough to create momentum.

"I think what was nice was that everybody was happy to be there," said Greenwood. "We didn't have upset people. They were just happy to have events."

Event standings and photos are online at http://www.visaliaseniorgames.com. For more information, or to be added to the mailing list, contact the Visalia Parks and Recreation Department at (559) 713-4365 or recreation@visalia.city.