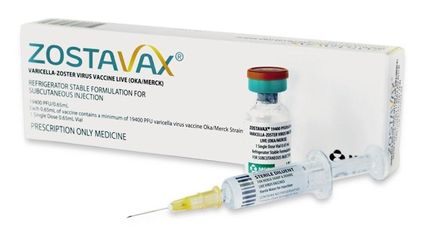 People age 60 and older should be vaccinated against shingles, or herpes zoster, a condition often marked by debilitating chronic pain, according to the Centers for Disease Control and Prevention (CDC).

CDC recommends a single dose of the zoster vaccine, Zostavax, for adults 60 years of age and older, even if they have had a prior episode of shingles. The new full recommendation replaces a provisional recommendation that the CDC made in 2006, after the vaccine was licensed by the U.S. Food and Drug Administration and recommended by the CDC's Advisory Committee on Immunization Practices (ACIP), a committee of immunization experts who advise CDC on immunization policy.

Researchers found that, overall, in those ages 60 and above the vaccine reduced the occurrence of shingles by about 50%. For individuals ages 60-69, it reduced occurrence by 64%. The most common side effects in people who received Zostavax were redness, pain and tenderness, swelling at the site of injection, itching and headache.

Over 95% of people are infected by the varicella zoster virus (VZV), during their lifetime. The virus causes the common childhood disease chickenpox and then becomes dormant within the nerves. If it reactivates later in life, the result can be shingles. Shingles is characterized by clusters of blisters, which develop on one side of the body in a band-like pattern and can cause severe pain that may last for weeks, months or years. About one in three persons will develop shingles during their lifetimes, resulting in about one million cases of shingles per year.

Chickenpox (also called varicella) is usually mild, but it can be serious, especially in young infants and adults. Children who have never had chickenpox should get two doses of chickenpox vaccine starting at 12 months of age. The risk of contracting shingles increases with age starting at around 50, and is highest in the elderly. Half of people living to age 85 have had or will get shingles. The risk of experiencing chronic pain also increases with age.

• Anyone who has had chicken pox can get shingles. That means 95% of adults are at risk.

• Approximately one-third of the U.S. population will get shingles.

• More than half of older adults do not understand the seriousness of shingles and its complications.

• Among those who get shingles, more than one-third will develop serious complications. The risk of complications rises after 60 years of age.

·• Appropriate and immediate treatment of herpes zoster can control acute symptoms and reduce the risk of longer-term complications. Starting anti-viral medication within 72 hours of the onset of shingles can reduce the pain and the length of time the outbreak lasts.