How Old is Old? 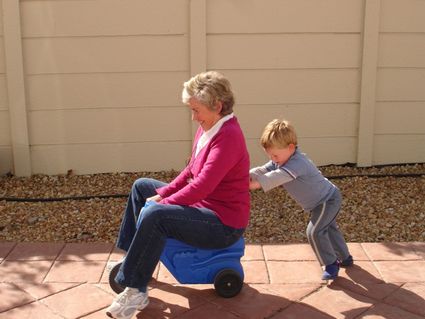 As the "graying of America" continues in the United States with nearly 84 million Americans expected to reach age 65 or older by 2050, new data from UnitedHealthcare shows that the definition of "old" depends on who you ask.

The 10th annual UnitedHealthcare 100@100 survey finds that 60% of centenarians say they do not feel old – and those who do, say they did not start feeling old until age 87, on average. Ten-year-olds, however, say people start to get old at age 46, on average.

The annual survey polls 100 centenarians each year to examine their attitudes and opinions on health, family, likes and dislikes, and more. This year, to mark the 10th anniversary of the survey, UnitedHealthcare also polled 100 10-year-olds to offer a comparison between younger and older Americans.

When asked what age they truly feel, more than half (52%) of 100-year-olds say they feel younger than their actual age. On average, centenarians report feeling more than two decades younger at 79 years old. Reflecting back, on average centenarians felt:

Come On, Get Happy

Keeping a positive attitude is the most important factor in staying healthy, according to a quarter of the centenarians surveyed. The next most popular answers are eating healthy (21%), exercising regularly (10%) and keeping busy (9%).

"Year after year, we hear from centenarians that there is a correlation between healthy aging and a healthy mindset," said Rhonda Randall, D.O., chief medical officer of UnitedHealthcare Retiree Solutions. "It's a good reminder for us all to take care of our mental, emotional and social health -- in addition to our physical health."

Family is Top Priority for Young and Old

Both groups also make sure to keep in touch with family members that live outside their homes, as 83% of centenarians and 84% of 10-year-olds speak with extended family on a daily or weekly basis.

When asked who they thought of as a role model growing up, nearly half of centenarians (46%) chose their parents over other family members, friends, teachers and celebrities. Today's 10-year-olds also cite their parents as role models, with 71% placing their parents at the top of the list. Mom is most popular, as each group is twice as likely to name their mother rather than their father as a role model.

For the seventh straight year, centenarians were asked which celebrity or public figure with whom they would most like to have dinner. This year, Betty White is back on top: more than 6 in 10 centenarians (63%) prefer the Golden Girl, who fell behind President Obama last year, and are least likely to invite Taylor Swift and Jennifer Lawrence (9% each), as most centenarians don't know who they are (66% and 75%, respectively). Swift, however, is the most popular dinner guest choice for 10-year-olds, with more than two-thirds (67%) citing her as their top pick.

The survey posed a number of questions on childhood to both centenarians and 10-year-olds, and found some of the greatest differences between the two groups related to their experiences with money. More than 8 in 10 centenarians (81%) did not have an allowance as a kid, and of those who did, more than half (56%) earned a dollar or less per week. Turns out, pockets are deeper for today's youth, as 48% of 10-year-olds receive a weekly allowance, and three-fourths of them (80%) say they earn between $5 and $20. Similarly, going out to eat with family was either a nonexistent or rare occasion for centenarians when they were young (67%), compared to more than half of 10-year-olds (56%) who go out to eat with their family at least once a week.

For more information, including a video and summary of the survey results, visit http://www.UHC.com/100.